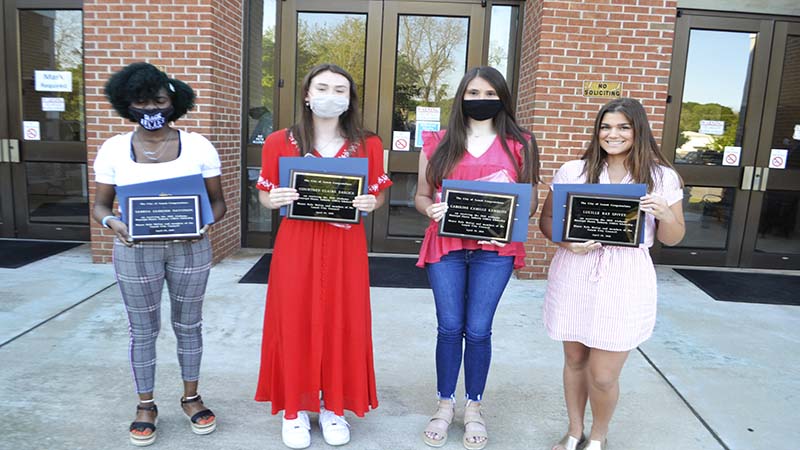 The back-to-school sales tax holiday will be taking place this year on the weekend of July 16-18. That weekend, participating cities and counties join with state government in suspending sales taxes for the weekend on items that are school-related. It provides for some really good savings for families with school-age children.

The water pollution prevention report is required each year by the Alabama Department of Environmental Management (ADEM). This year’s report lists improvements made in the past year by the city’s wastewater contractor Clearwater. They include: the replacement of a rake unit motor, the installation of a refurbished RAS and transfer pumps, installation of new chlorine injectors and a grit removal dewatering auger, installation of soft start, two new sewage pumps and a 20-inch plug valve.

Juneteenth, a holiday that recognizes the 1865 emancipation of slaves, has been celebrated locally for several years. Normal activities were put on hold last year because of the Covid-19 pandemic but could resume this year. Mayor Kyle McCoy said he was pleased to announce that Brittany Simmons of the city’s utility billing department had been named chair of this year’s Juneteenth Committee. “I am sure she will do a great job,” he said.

National Lineman Appreciation Day is annually held on April 18th. On that date in 1775, two lights in the belfry of the North Church in Boston signaled that British troops would be arriving by land;  one lit lantern meant they’d arrive by sea. ‘The line “one if by land and two if by sea’ was made famous in Longfellow’s poem about Paul Revere’s ride.

Each year, the AMEA awards four scholarships to deserving high school seniors in its coverage area. Lanett’s portion of that is $10,000, meaning that the four selected students will each receive $2,500 in scholarship money to attend a school of higher education in the state of Alabama. This year’s recipients include Sabrya Davidson of Lanett High and Courtney Easlick, Caroline Kambeitz, and Lucy Spivey of Springwood School.