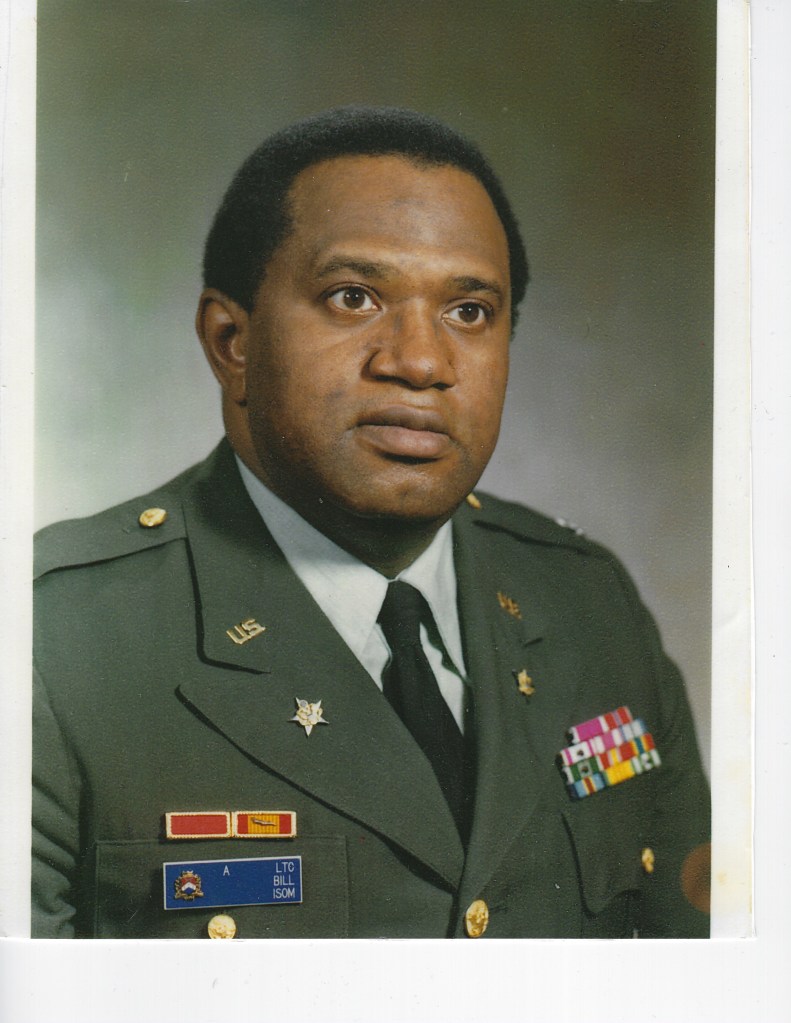 The service, related memorials, and photos will be accessible via Zoom through the website: afterword.com/. Condolences can be made at everloved.com/life-of/william-isom/.

Burial services will be held in the future, at Arlington National Cemetery, with full military honors.

William was the eldest son of the late Phillip Isom Jr. and Mary Lee (Reid) Isom. He accepted Christ at an early age at the Rehoboth Baptist Church in Valley.

He graduated from Lanier High School where he had many notable achievements. He was valedictorian of his high school class as well as a member of the varsity football, basketball and baseball teams, school chorus and drama club. He received a bachelors’ degree from Tuskegee Institute, where he met his wife of 60 years, Virginia (Veazey) Isom. At Tuskegee, he was a member of the Phi Beta Sigma fraternity. He remained active in the Sigmas until his senior years of declining health. He continued his education, earning Masters’ degrees at Fisk University, Fitchburg State, Syracuse University, and the National War College, where he was later a professor.

He chose a career as an Army officer, accepting a commission as a Second Lieutenant after completing ROTC at Tuskegee. He ultimately achieved the rank of Lieutenant Colonel. His Army assignments took him to every continent except Antarctica. His assignment in the Panama Canal Zone also took him to South America. He served in Vietnam during the Vietnam War at great personal risk. He traveled for work throughout Africa, and to Australia as well. Stateside, his work often took him to briefings at the White House. He finished his military career as a professor at the National War College.

After retiring, he became an executive at defense contractor Interlog Inc. He was also a founding member and treasurer of the Association of Maryland Africa Societies, a non-profit dedicated to advocacy for strong relations between the US and Africa. He also served in the Kellogg Foundation.

Above all else, he was a loving husband and father. He is survived by his beloved wife of 60 years, Virginia; and their children, William Gary, Marleah, and James. He is survived as well by his grandchildren, Dwayne, James II, and Edward. He is also survived by his younger siblings, Phillip Isom III (Collie, dec.), Bronx, New York; Sanford Isom (Charlene), West Point; Elizabeth Isom Bryant (Harold), Atlanta; nine nephews; one niece; several grand-nieces, and cousins; as well as friends and colleagues who loved and respected him.