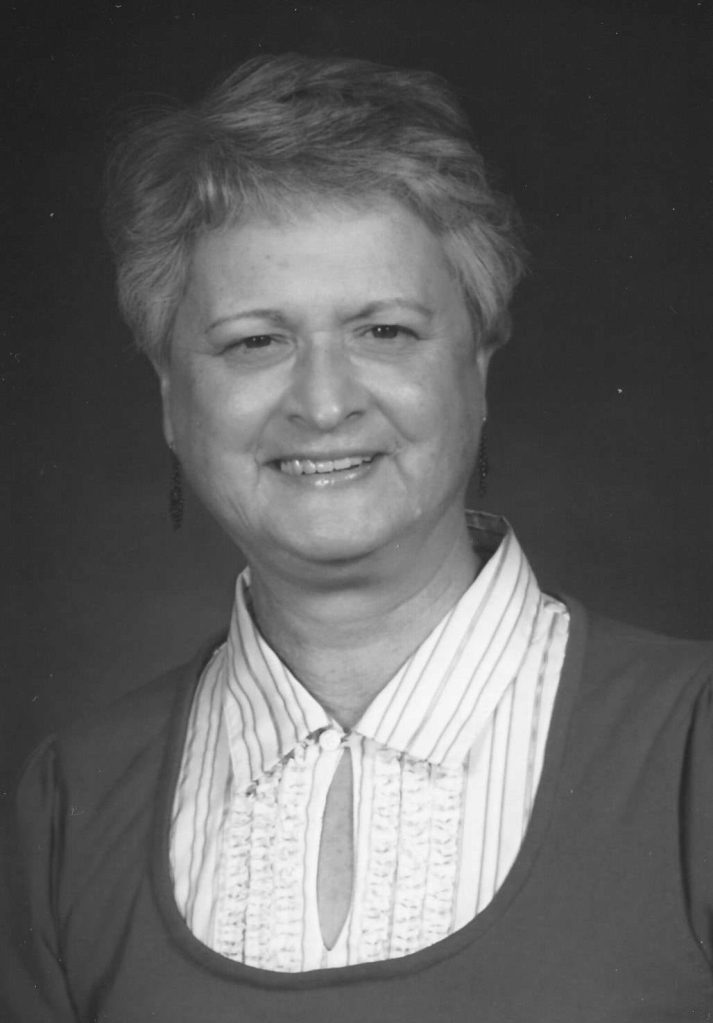 Sandra was born May 18, 1947, to Pascal Lee Whaley and Evelyn Borders Whaley in Roanoke. The small family moved to LaFayette and lived with Sandra’s great-grandparents Samuel Tilton Stephens and Mary Jane Bishop Stephens before moving to Shawmut.

Sandra started at Shawmut Elementary in 1953. While in Shawmut, the family welcomed the addition of Sandra’s brother, Kennon Lynn Whaley. Uncles, aunts, cousins and other family members were frequent visitors of the Whaley family and added happiness to their small Shawmut home

Sandra’s parents as well as several relatives worked in the textile mills in the area, primarily in Valley and West Point, owned by West Point Pepperell. Sandra’s parents worked hard during the week and enjoyed swimming, fishing and camping on the weekends near the Chattahoochee River.

It was at the Lineville home Sandra saw Elvis on the Ed Sullivan Show for the first time. She became a lifelong fan. She and an aunt went to Elvis’s first movie, “Love Me Tender,” in 1956.

Sandra and Kennon started going to Sunday School about that same time, an experience her younger brother did not enjoy but Sandra helped him navigate the experience.

The entire Whaley family moved to Palisade, Colorado, in 1957 and lived for a while with a great-aunt, Peggy Borders Walton. Sandra’s mom started work with a local doctor and her dad eventually got on with the school district in nearby Grand Junction, Colorado.

In the fall of 1957, Sandra began elementary school as a fifth-grader. She and Kennon began at Taylor Elementary in 1958.

The family lived in several homes in Palisade and Sandra learned to pack peaches to prepare them for shipping to grocery stores across the country. She and other girls would write their addresses on the peach boxes in hopes of receiving a letter from the purchaser of the peaches.

She made trips to California and Alabama with the family and took on a special role as babysitter/caretaker for the family’s newest member, Monte, who was born in 1959 in Grand Junction.

She attended Palisade High School and was a huge supporter of the school as a member of the Pep Club and a banner girl for the high school band.

After graduating from high school in 1965, Sandra attended Mesa College for a year and worked for a short time at an electronics manufacturer. She was hired at Baker Finance in 1967 and bought a new 1967 Mustang, one of her proudest possessions.

Sandra worked at Baker Finance until she moved to Longmont, Colorado, in the 1990s. She married the love of her life, Tom Newton, while in Longmont and worked in the burgeoning electronics industry, ending her career as an administrative assistant for high-level executives at Maxtor Corporation.

Sandra’s happiest time was being married to Tom and working at Maxtor.

After Tom died and Maxtor folded, Sandra returned to Alabama in the mid-2000s. She was once a member of the Shawmut Methodist Church and was starting to attend Valley Baptist Church before the COVID-19 pandemic hit.

She did not like any team that played the Crimson Tide, nosy people, being a problem for anyone, gossip, insincere people, dealing with money issues, Algebra and the ex-wives of her two brothers.

Her cremation was handled by Johnson Brown Inc., of Valley. Services will be held in May in Longmont, Colorado.