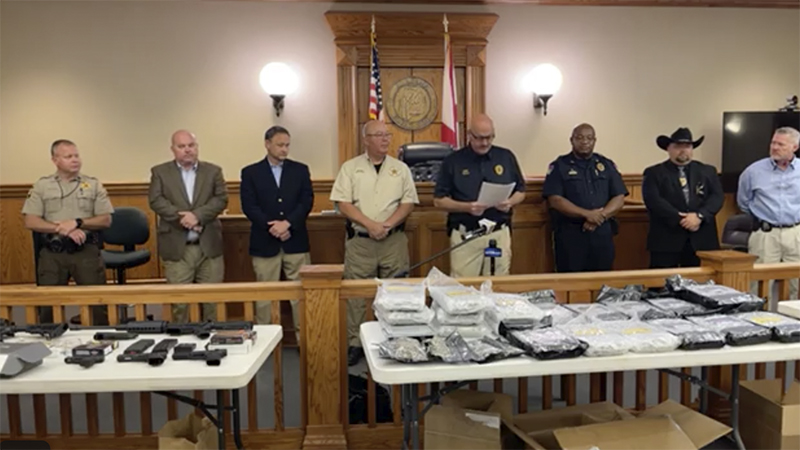 One Cusseta man and one Valley man have been arrested after a major drug bust in Chambers County.

Bernard Glaze, 35, of Valley, faces charges of conspiracy to commit a controlled substance crime, possession of marijuana first degree, possession of drug paraphernalia and possession of a pistol by a violent felon in Chambers County.

“For years, we’ve been asked ‘why are you always arresting the little fish? Why don’t you get the big fish,” said Valley Police Chief Tommy Weldon. “Well in this operation we were able to identify the source of the marijuana and we got a big fish.”

This is an ongoing investigation and this story will be updated later.