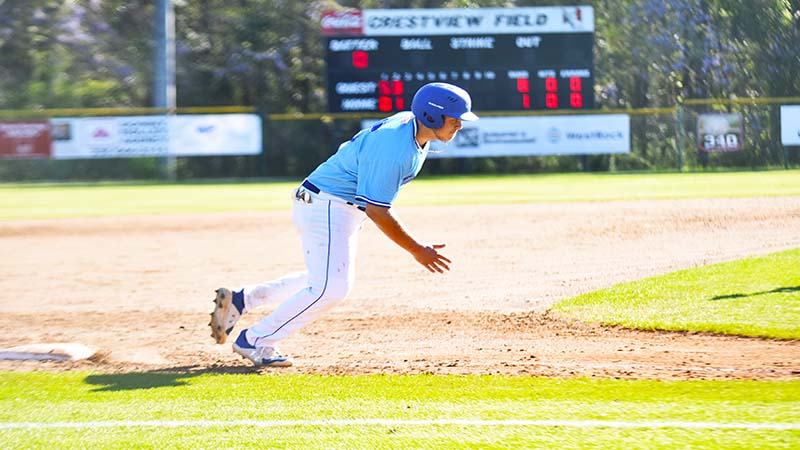 When it steps onto the field on Thursday, the Valley baseball team will be in a familiar situation, as its final regular-season matchup will determine the final area standings. The previous two seasons, Valley’s final game has determined the area champion.

It’s a little different this year, as Valley can’t win an area title on Tuesday against Opelika. However, the Rams will be playing for a spot in the playoffs. They’ll need to win both games to get to the postseason.

“There’s no bigger series,” head coach Patrick Shivers said. “Every year, whether we are 5A or now 6A, it’s come to the last series of the season. In years past, it was for the area championship. This year, it’s a chance to get into the playoffs. I tell the kids ‘nobody should have to get you motivated to play in a game like this.’ Opelika, in years previous, we’ve always competed really well with them, but we’ve always found a way to lose those games. I told them it’s time to find a way to win these games. If you do, you’ll find yourself in the playoffs.”

Opelika put itself in the driver’s seat on Tuesday, as it dominated the Rams 10-0 in the first game of the series.

In that game, the Bulldogs jumped on Valley in the second inning, scoring four runs in the frame to take a five-run lead.

Opelika chased the Valley starting pitcher from the game with one out in the fourth inning. Meanwhile, the Bulldog starter went the distance in the game, striking out six Rams in five innings of work.

Shivers will turn to freshman Jackson Sanders, who is an Auburn commit and is one of the top three players in the class of 2024.

“He has to pound the strike zone,” Shivers said. “They know what’s at stake. They know what his pitch count is (100 pitches), and most teams that face us, try to make sure he’s throwing strikes. When Jackson is at his best, he’s in the zone and getting ahead early. He’s able to throw his pitch with two strikes and mix in his offspeed.”

If Opelika wins the first game on Thursday, which starts at 5:30 p.m. EST, the Bulldogs clinch the area championship and eliminate Valley from the playoffs. If Valley wins, the teams will play the tie-breaking game, which is tentatively scheduled for 7 p.m. EST.

The last time Valley was in this situation was in 2019. The Rams were down in the series to Beauregard 1-0. They tied the series with a 5-1 win then dominated the tie-breaker, winning 19-1.

Just like it did in 2019, Valley will host the potential tying game.

“It’s big. You like the opportunity to be here at home in front of the home crowd. Hopefully, we pack it out,” Shivers said. “We traveled well to Opelika, and we’ve traveled well everywhere we go. It’s always something different playing in the friendly confines of Crestview Park. I expect for the seniors’ last area series and the club’s last series for the season, I expect us to have a good crowd and it to be an energetic crowd. We’ve played well here most all year, so I expect a good game.”