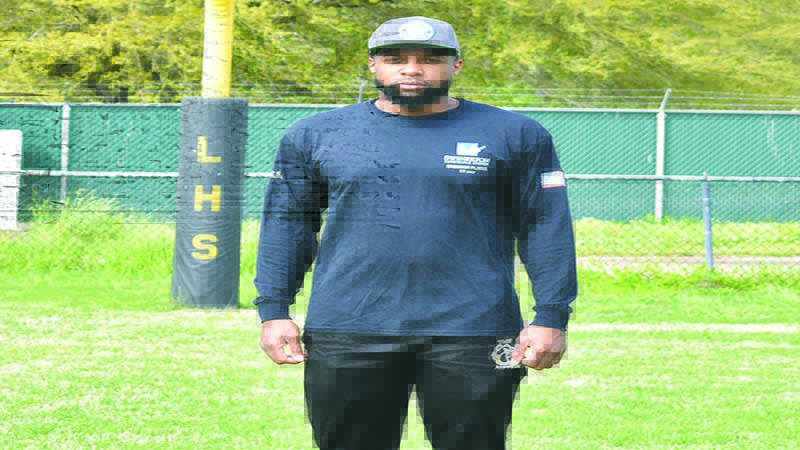 Mackey went to Stillman College as a two-sport athlete, playing both football and basketball. Mackey played four years of football at Stillman before playing two years of professional football, playing for the American Arena League (AAL) for the Vermont Bucks and Carolina Energy until 2017.

Once he returned from his football career, Mackey started volunteering with LaFayette High School, helping the kids develop as athletes in the weight room and the field. He also takes time out of his weekends to take the athletes to exposure camps whenever they have the opportunity to attend.

“Football and basketball are a passion of mine,” Mackey said. “I played both in college. I was a three-ballot All-American in football. While I was there, I was able to be an honor student as well … Just being here for the kids. I didn’t have that person that would take me to camps when I was in high school,” Mackey said. “I just want to be the big brother for these kids.”

One of Mackey’s career goals is to help get kids exposure, so they can leave their hometown of LaFayette.

“I just want to elevate these kids here in LaFayette,” Mackey said. “Just putting these kids on a platform where they can display their talent, not just as a student but an athlete as well. Just show these kids the broader overview of life. There’s so much more in life, and I want these kids to be able to go to different states, view different views and move away from LaFayette.”

When Mackey returned from playing arena football in 2017, he was planning to work for Cintas, the company that he had worked for before playing football. Instead, he started to learn about LaFayette’s plans to build a solar farm. In the five years he has been back, Mackey has touched every part of the 600-acre solar farm.

“I actually had the opportunity to build it, do operation maintenance and manage it, and that’s what I currently do now,” Mackey said. “What I did, I actually Googled solar, and when I Googled it, it was some down years when that site was being built in 17 I was looking at these charts, and all the charts were showing how solar was going to boom in 2020 or 2021. After doing my own research on it, I actually got into it … Actually putting my hands on it building it and doing the operation maintenance on it, knowing all the equipment and the electrical components, it makes the management side a whole lot easier because I know what’s going on when a tech reaches out to me.”

Alongside his full-time job with Swinerton, Mackey recently has put his pads on, joining the Carolina Thunder once again.

Mackey lives in LaFayette with his son Kye.