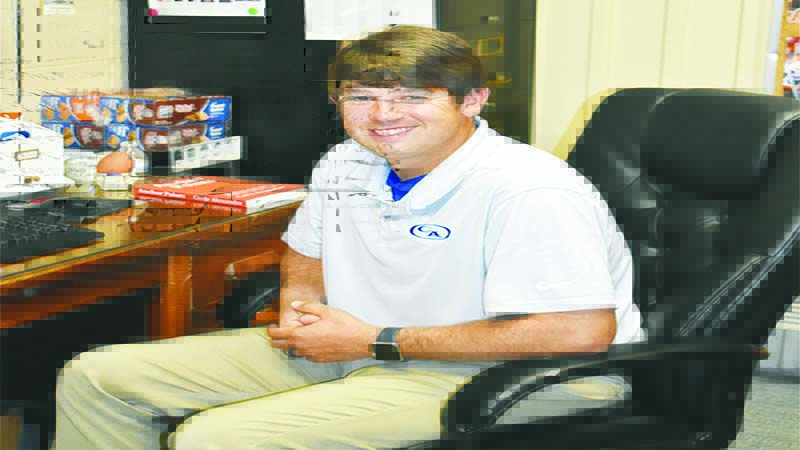 Growing up, Dillon NesSmith, 29, knew he wanted to follow in his brother’s footsteps of being a football coach and an educator.

His oldest brother taught NesSmith while he was at Edgewood Academy, affirming his desire to be an educator.

“I’ve been blessed knowing what I want to do ever since I was in school. He was my older brother, so I wanted to be just like him,” NesSmith said. “I just always knew that I wanted to get into education. I wanted to have the opportunity to coach as well as teach. I’ve always enjoyed kids.”

NesSmith is now in his fifth year at Chambers Academy, working as the associate athletic director, a teacher and a coach. In those five years, he has been part of something special, helping lead Chambers to five consecutive state championship appearances in football, including two wins.

“It’s not easy to do at any level. That’s a testament to coach [Jason] Allen,” NesSmith said. “When I first came here, I thought I knew a lot, but looking back, I didn’t know anything. I can honestly say my five years here with him, he’s taken me under his wing and taught me a lot especially with the Xs and Os. Some of these games that we’ve lost, we’ve lost by one or two points. If you give us those wins, you’re talking about a dynasty. It’s special. We have something special going on here right now, and I’m very glad to be a part of it.”

After graduating from Edgewood, NesSmith played football at Huntingdon College, playing the A back (primarily a blocking back). He played two years there before finishing his education at Auburn University.

After graduating from Auburn, NesSmith took a job at Ogletree Elementary in Auburn. He was there a year before he was hired at Chambers Academy. In the five years that he has been at Chambers, NesSmith has become part of the Chambers Academy family, which is his favorite part about his job.

“It’s a great atmosphere. If you’re around here long enough, you hear the term ‘CA Family.’ It is a true family,” NesSmith said. “They accepted me with open arms. It’s a true hard-nosed, working atmosphere.”

When he has free time, NesSmith enjoys hunting.

“It’s very peaceful and satisfying to be out there and get some quiet time with your thoughts,” NesSmith said.

NesSmith and his wife, Brittany, live in LaFayette and live with their one daughter, Charlee Brooke, who is a little over a year old.

NesSmith’s goal one day is to be a head football coach and athletic director at a high school, preferably in the AISA.

“I’ve been a part of it my whole life,” NesSmith said. “I know the schools, the type of kids that are at these AISA schools, they’re great kids.”