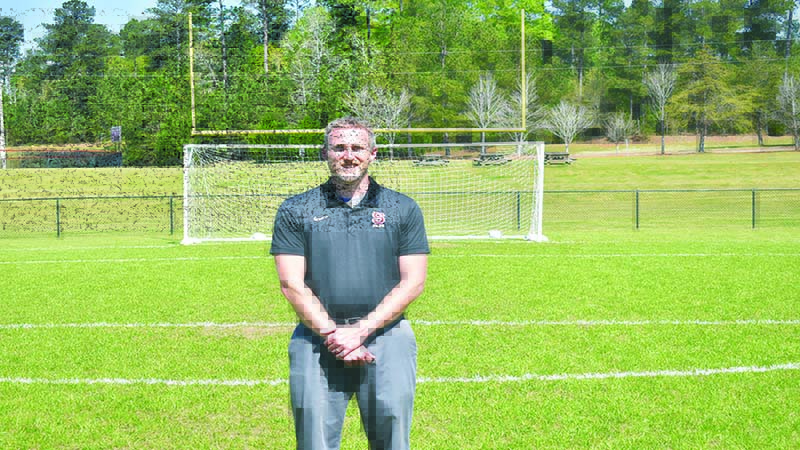 In 2012, John Lanier had just moved back to his hometown of Lanett and was working with Point University as the college’s director of student accounts. While he was working at Point, Lanier returned to his alma mater as the boys’ soccer coach.

Four years after starting at Springwood as a coach, Lanier is the director of student activities, head soccer coach and a full-time teacher at Springwood School.

“When that opportunity came, I definitely wanted to be here full time, being able to teach and coach,” Lanier said. “I enjoy Spanish. I’ve taken a lot of Spanish courses in school and college. My wife, that was her first language. I enjoy foreign languages a lot. I’ve loved sports as long as I can remember. I was one of those kids that got home from school and went outside until it got dark. I played every sport that they had open. Being at Springwood, this is where I’m from. It’s the same fields and courts that I played on. I never thought 15 or 20 years ago that I might be back here. When it became available, it was a dream that I wanted to be here.”

Lanier graduated from Springwood in 1999. He earned his bachelor’s degree in accounting from Auburn in 2002 before graduating with his master’s degree in Christian Education from New Orleans Baptist Theological Seminary in 2005.

In 2017, Springwood was trying to start a soccer team, but it needed a coach. Lanier interviewed with Drew Dorsey, who was the athletic director at the time and was hired to be the programs’ inaugural coach. The team’s first season was 2018 and Springwood been one of the better teams in the AISA since the program started. Springwood added a girls’ team in 2020, winning its first game during its second season.

“It was huge. I have several kids, and they all love soccer,” Lanier said. “When I talked with Drew Dorsey, who was the AD at the time, about coaching, there were a lot of kids that were really interested in getting a program started, and they were looking for a coach. There was already a lot of excitement. The girls’ program, we started it last year, but even before then there was a lot of passion for it. It’s really neat for me to have the passion for it, and a lot of the kids to be passionate about the sport. We’ve been very well supported, so it’s been a lot of fun to get that started.”

Lanier’s dream is to continue to work as a teacher and a coach at Springwood, where he gets to combine his two passions of teaching and coaching.

“My passions are teaching and coaching, and I’m doing both,” Lanier said. “I would love to keep doing this as long as possible. I really enjoy it.”

Lanier and his wife, Vanessa, live in Lanett with their three children — 12-year-old Eva, 10-year old Idania and 8-year-old Asa. All three of the Lanett children attend Springwood.

“That’s really neat. Sometimes between classes, my seventh-grader will drop by and say hello,” Lanier said. “I teach Spanish to the elementary kids, so I get to teach to my other two once a week. It’s really neat to see them every day and be part of that experience for them too.”