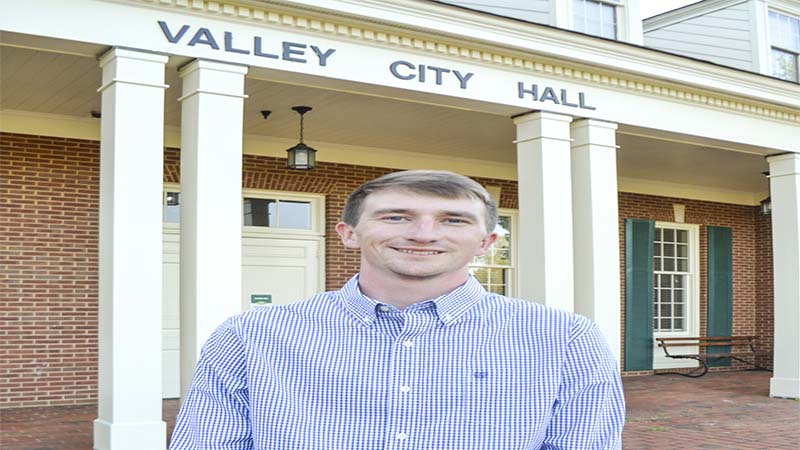 Kendall Andrews is a current member of the Valley City Council. He’s 28 years old and was elected without opposition in last year’s municipal election. He succeeded Cassie Carlisle, who did not seek re-election to the seat for District 5, representing the River View community.

Andrews is a 2011 graduate of Valley High and a 2016 graduate of Auburn University. He has a bachelor’s degree in civil engineering and works for the Lee County Highway Department. He recently earned his professional engineer, or P.E., license, which requires a degree in engineering, five years of experience in an engineering field and to pass two exams.

Like many guys from River View, Andrews grew up on the Chattahoochee River and loves it. “I’m out in my boat at least three days a week,” he said. “I guess I’ve caught my share of fish over the years. What we have in our backyard is really special, and I would like for it to remain that way for future generations.”

It’s possible in the coming years for some major change to take place there. Georgia Power is considering taking out three low head dams — Langdale, Crowhop and River View.

Andrews is opposed to this and started a Facebook group to marshal opposition to it.

“The dams create the fisheries we have,” he said. “Shoal bass are in the Langdale section because of the dams, and we have largemouth bass on the Shawmut and River View sides. People from Valley know what a good fishing place we have. With kayak fishing becoming more and more popular, word about this is starting to get out. If it were widely known, we’d have lots of fishermen here now.”

A river like the Chattahoochee is something most communities don’t have in their backyards like Valley does. There’s nothing like it in Opelika-Auburn or in Birmingham.

“My dad and my granddad grew up fishing on the river, and I learned from them,” Andrews said. “Something unique about the way RiverView was built is that you could see the river from every house.”

Andrews’ love for fishing and being out on the river started in his youth and extended through high school and college. He was on the bass fishing team when he was at Auburn.

He is a life-long resident of River View and glad to have stayed there after college.

“I’m happy where I’m at,” he said. “I’ve known so many people from here who graduated from college, get good jobs and moved away to Opelika, Auburn or some other place. I would like to set an example for young people. You can go to college, earn a degree, get a good paying job and still live here in the Valley, the place where we grew up and love. You don’t have to leave home to have a good quality of life.”

“Everybody doesn’t have something like the river,” he said. “You realize that once you start going to other places.”

Andrews said that he’s well satisfied with the way things are going in his life. He likes working in Lee County and would love to one day be a county engineer.