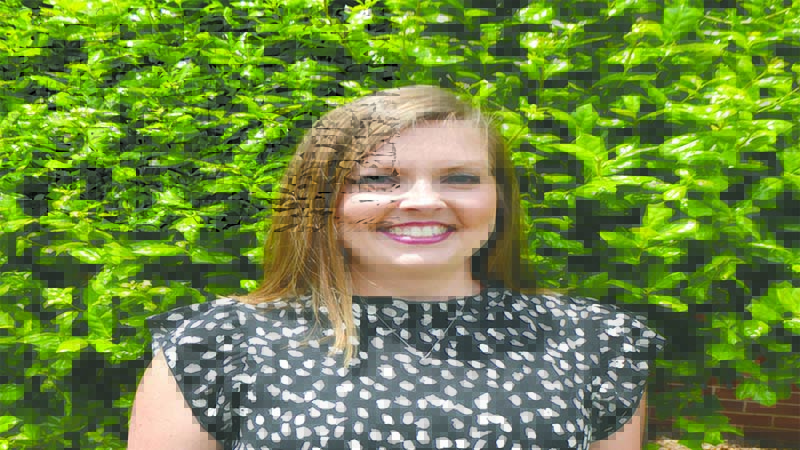 When Valley native Kristin Nelson earned her master’s degree in education from Troy State University in 2007 she had no idea she would one day be teaching Chinese children to speak English, but she’s doing that now. She’s working part-time in an online English as a Second Language (ESL) program.

“They learn the basics of speaking English in their school,” Nelson said. “I help them with phonics and subject-verb agreement. I teach them for 30 minutes a day in the early morning hours. They pick up on things so fast and absolutely love everything about the program and learning about American culture. They are so appreciative of the time I spend with them.”

Nelson has online classes with the children six days a week. She meets with them at 6 a.m. EDT Monday through Saturday. It is 6 p.m. in China at that time.

“China is pretty much on the same latitude as the continental U.S., and their climate is very similar to ours,” she said, “but some of the students must live where it is very cold this time of year because they are all bundled up when I talk to them. She meets them every day by saying KNEE-HOW, which is “hello” in Chinese.

Kristin is married to Jeff Nelson, who has been with the Alabama State Patrol for the last 14 years. They have two boys, Rush, who is 13, and Reid, who’s 10. Kristin is home-schooling them. Both her sons love sports. Rush is into baseball and Reid loves to swim. Rush takes two classes at W.F. Burns Middle School. This makes him eligible to play for the school baseball team. He’s a pitcher and an infielder for the Baby Rams. Reid plays recreation ball in Valley and is involved in the Opelika swimming program.

“Homeschooling them takes up much of my day,” Nelson said, “but having grown up in Valley I know lots of people who are community-minded. That has opened a lot of doors for me.”

Kristin is now following the footsteps of her mother, Donna Pike, who was an educator in the Chambers County School District for 38 years before retiring. Pike taught family and consumer science at Valley High before becoming the school system’s director of the child nutrition program. Like her mom did before her, Kristin is active with the Fairfax Junior Variety Club. She currently serves as the organization’s secretary.

“We always fundraise for the Hike/Bike/Run,” she said.

“I am excited about a project we are working on,” Nelson said. “We are working with the City of Valley and the local Junior League to revitalize the city park.”

“We are making some really good progress,” she said. “We have received a grant for some new equipment. We hope to have it installed by the end of the year.”

Nelson has also found time to have served as the president of the EAMC-Lanier Hospital Auxiliary and as secretary of the Chambers County Republican Club. She’s also on the state executive committee for Alabama Republican Clubs.

The Nelsons attend the First Baptist Church of Fairfax. She’s active in the church youth program and its leadership team.

“Through homeschooling, I participate in classical conversations,” Nelson said.

She is currently its support representative for the east-central Alabama region while teaching a writing literature-based program,

With all she does every day, there must be times when it seems there’s just not enough hours in a day.

She loves being an early riser, logging on and saying KNEE-HOW for the kids in China who are waiting for their next lesson from the American teacher they like so much.