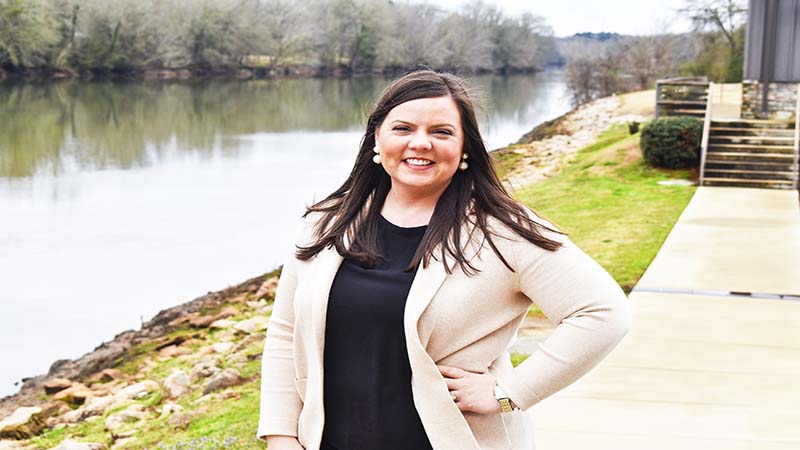 West Point has seen a large amount of economic development news just in the last six months, and one of those at the forefront of that growth is Meghan Duke. Duke is the West Point Development Authority Economic Development Director.

The 36-year-old Leesburg native and graduate of the University of Georgia has been with the WPDA for five years and has been working within the economic development community for nine years.

Duke says West Point offers some of the same characteristics as her hometown of Leesburg.

“I grew up in a similar small town,so there were a lot of similar characteristics from my hometown of Leesburg with West Point — a very traditional small town,” Duke said. “[I] love the college town type of environment with Point University, and then obviously with the automotive industry being so strong within this region and the success the state had in bringing Kia to the state of Georgia, I kind of wanted to get some experience working in that.”

Building communities is something Duke enjoys the most about what she does.

“I like building communities. Communities is what draws me into economic development, building strong and healthy communities,” Duke said. “I want to provide a job for people to have a prosperous life and be able to provide for their families and have a great quality of life.”

One major factor that led Duke to West Point was that the city already had a master plan for downtown West Point.

“We really have made progress with the development authority purchasing several properties on 10th Street, have gotten some of that site work done. Eventually, things are going to develop and new investments hopefully will come and uplift that community,” Duke said. “I think I really have found tangible projects that make an impact in West Point.”

Duke, who enjoys participating in 5Ks, said she ran a half marathon at Disney last February before the pandemic moved everyone in their homes.

She also has a very unique bucket list item that she hopes to see come full circle.

“I’ve decided one of my bucket list items is, I want to run a 5K in all 159 Georgia counties,” Duke said.

She said does not have a timeline for completing all 159 counties, but said she hopes to reach 25 or 30 counties by the end of this year.