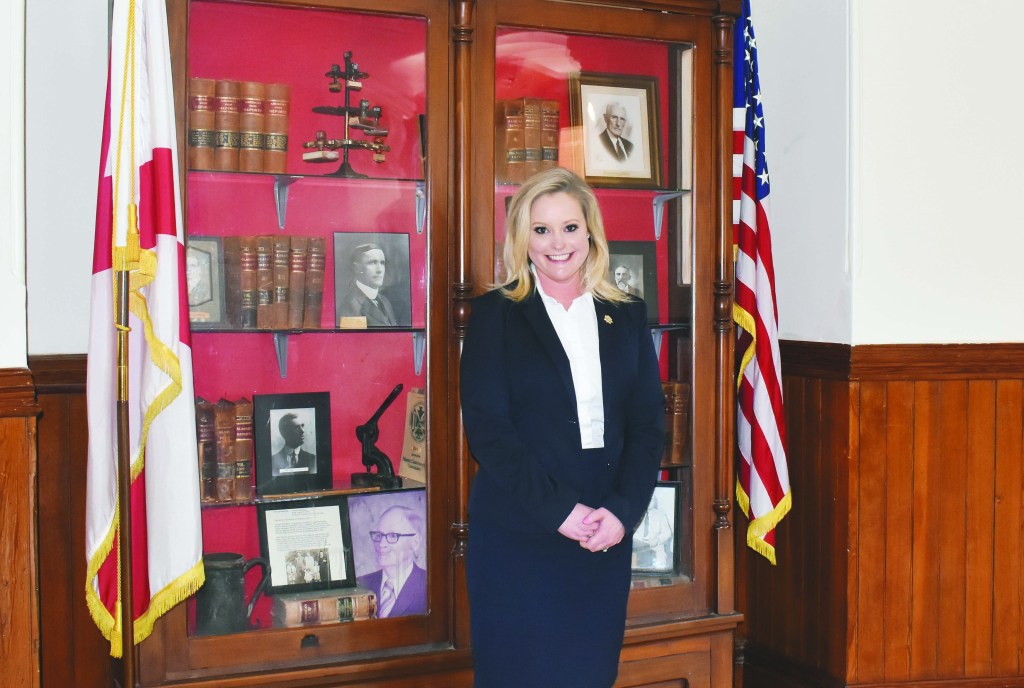 If you have walked through the Chambers County Courthouse — especially on the side where the old courtroom was — you may have crossed paths with Taylor-Lee Stokes, assistant district attorney of the Fifth Judicial Circuit.

The 35-year-old native of Warrenton, Virginia has been in Chambers County for three years. She graduated from the Cumberland School of Law, where she met her husband, Jonathan Stokes, who is a personal injury attorney and founding partner of StokesStemle, LLC in Montgomery.

Stokes says that although she is not originally from this area, the people have been welcoming. “It’s been a privilege to serve the citizens of Chambers County in this position,” Stokes said.

What makes her current position unique is that she has the opportunity to prosecute a variety of cases.

“There are all different types of cases, all the way from misdemeanors and juvenile cases up through capital murder,” Stokes said.

On the flipside, Stokes says the toughest part about being a prosecutor is child victims.

“Cases where a family has lost a family member, that’s hard,” Stokes said. “But, I think the most difficult part is probably child victims of physical abuse or sexual abuse, particularly if they have to testify. It’s heart wrenching, but also why I do it.”

“He [Duerr] has been very helpful in teaching me all the things about being a prosecutor,” Stokes explained.

After graduating law school and passing the bar, Stokes and her husband moved up to Virginia where she practiced criminal defense and civil litigation at her own firm for five and a half years prior to moving back to Alabama in 2017.

Although Stokes has some political experiences via internships, she said politics is not in her future.

“I have a political background as far as internships, poli-sci major and that sort of thing. Everything I love about this job is not the politics, so no aspirations there,” Stokes said.

For the foreseeable future, Stokes said she is happy where she is at the present time.