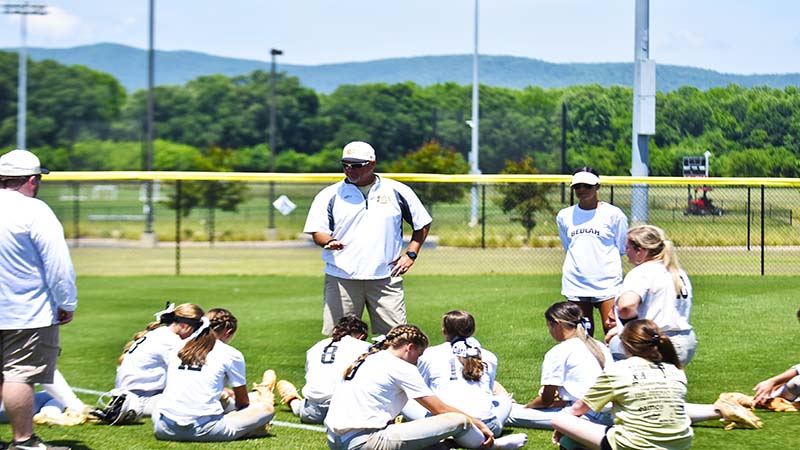 On Saturday, the Beulah softball team found itself in the losers bracket, yet only two victories away from playing for a state championship. The Bobcats started the game quickly, scoring the game’s first run, but defensive miscues were a problem, leading to an 11-2 loss to No. 2 Houston Academy.

“It’s been a long two days for my girls. We had a lot of girls hurt. Katie [Morris] was in the hospital well after midnight with some issues and Brandy [Phillips] is hurt. My two pitchers are hurting,” head coach Stan Pepper said. “We battled and battled and just had a half-inning that cost us the game. I couldn’t be more proud of our girls. I’m just happy that we got this far. We know that we’re going to be back next year. We know how to get here, we just have to work harder this time next year.”

Though Morris was in the hospital after pitching three games the day before for an undisclosed reason, she started the game, allowing three earned runs (six total) off five hits while striking out three. Pepper said after the game the junior was fine and the hospital trip was needed to give her a little more attention. Phillips, who has been dealing with a side injury since the last month of the regular season, finished the game. She allowed three earned runs off six hits, striking out a batter.

Beulah scored the game’s first run in the top of the first inning. Freshman Abrianna Green reached base off a Houston Academy error and moved to second on a sacrifice bunt by Elizabeth Hancock. A single to center put runners on the corners for Brandy Phillips, who delivered with a single to left. With two runners on and only one out, Houston Academy caught a break when a line drive back to the pitcher turned into a double play, ending the scoring threat.

In the bottom of the second, Houston Academy tied the game. With a runner on first and one out, Beulah made its first error of the game, turning what could have been a double play into base runners on the corners. A ground out tied the game at one.

In the third, Belah quickly got two outs, but another Beulah error kept the inning alive. After the error, Houston Academy doubled to left putting two runners in scoring position, while a passed ball brought home the go-ahead run.

Beulah scored its final run of the game in the fourth. Phillips was hit by a pitch to lead off the inning and stole second. She advanced to third on a flyout to right field and scored on a Kyleigh Morgan single.

Houston Academy scored seven runs in the bottom of the fourth as an answer, putting the game virtually out of reach.

“You saw a lot of good players that we played. It was a great week of softball for this program. I’m just proud of the way that we hung in there,” Pepper said. “We were one of the final four. We were one of the top four in the state of Alabama for 3A.”

The Bobcats will return their entire team from this season next year, as the team has just two juniors on the roster. The team went further than any other Bobcat softball team and finished 26-17 on the season.

“I’m going to sleep well at night knowing that [the entire roster will be back for the 2022 season],” Pepper said.