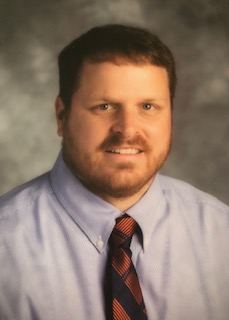 Chambers County School District announced the hiring of Nick Davis as the new principal at LaFayette High School at the Tuesday board meeting. The board previously approved the hiring of Allen Rose on May 6, but Rose’s resignation was submitted to the CCSD board on May 19 prompting the board to reopen the hiring process.

Davis is coming to the district from his current role as Assistant Principal at Central Freshman Academy in Phenix City.  Davis will succeed longtime principal Don Turner, who is retiring on June 30 after 32 years of service.

Davis has eighteen years of experience and is a native of nearby Tallapoosa County where he was born and raised prior to graduating from Dadeville High School in 1997.

“Nick has been working and waiting for eighteen years for this opportunity to lead as a principal and he is so excited for this chance to join the LaFayette community,”  Chambley said. “Nick is a professional educator who will communicate a positive and energetic message to make a positive impact on the entire school culture and campus.”