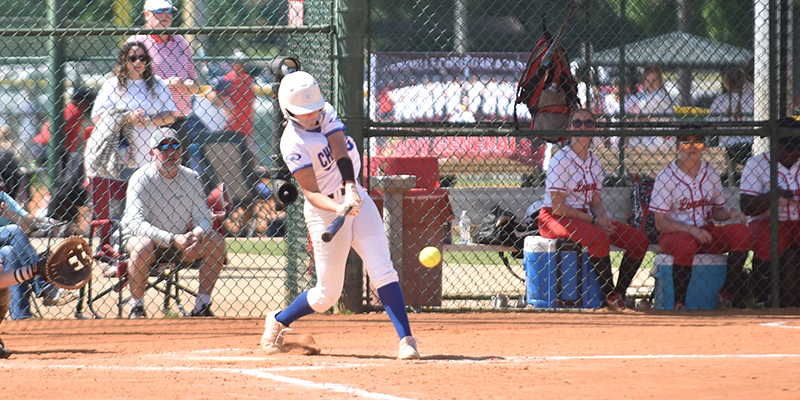 The Chambers Academy softball team got close, but it couldn’t take down Macon East in the AISA 2A Regional Consolation Bracket Championship game, losing 7-3 and falling one game short of a state championship appearance.

“After that first game [Friday’s loss to Patrician], we could have folded, and we just kept fighting back. We beat Lakeside, won a huge game against Edgewood and won a huge game [Saturday] morning,” head coach Jon Owens said. “It just shows you the type of character our kids have, and our seniors led that. Our seniors have been leaders all year long, and they’re the ones that have really driven this team. I can’t say enough about Megan Ware and Brandalon Rombokus. Chloe Mitcham pitched four [complete] games. She kept battling and battling and she never got tired. Our kids just fought. That’s what I’m so impressed about.

“When you look over the season, we came down here a month and a half ago in a Macon-East Tournament, and we took some licks. We just went back to work and kept getting better. To be one game away from being in a state championship, it has just been a really incredible season for our kids. You can’t say enough about that.”

The Rebels scored the game’s first run but fell behind 4-1 after the first inning. Still trailing by three in the top of the fifth, Chambers started to chip away.

Macon East quickly scored two runs to go up three again in the bottom of the frame, ending the Rebels’ chances for a comeback.

The loss to Macon East was the second game of the day for Chambers, as it defeated Lowndes Academy in the first game of the day. The Rebels jumped ahead seven runs by the end of the fourth inning, but Lowndes scored six runs in the top of the fifth inning, as it strung together four straight singles to score four of the six runs.

The Rebels held onto the game 8-7.

“She caught every inning and she’s one of the best catchers that I’ve ever coached,” Owens said. “She’s such a tough kid and she’s played with back eyes and hurt knees. There’s a mental toughness to her and that’s what those kids gravitate towards. We’re going to lose her and that’s going to be a tough shoe to fill. Chloe is Chloe but Chloe is Chloe because Megan calls the right things and knows her pitcher.”

Mitcham and Ware were both named to the AISA 2A tournament team.

Owens, who had to take a pause from coaching due to a heart attack in late April, thanked assistant coach Glen Ware and Jeff Hines, who stepped in as the team’s head coach for the final month of the season.

“This team could not have been what it was without Jeff Hines and Glen Ware,” Owens said. “When I went down, Glen has been strong all year long for me. He’s a great coach. Jeff just stepped up, led it and took it over. I couldn’t have asked for two better guys to do what they did.”

The Rebels will return most of their 2021 roster, graduating just three players.