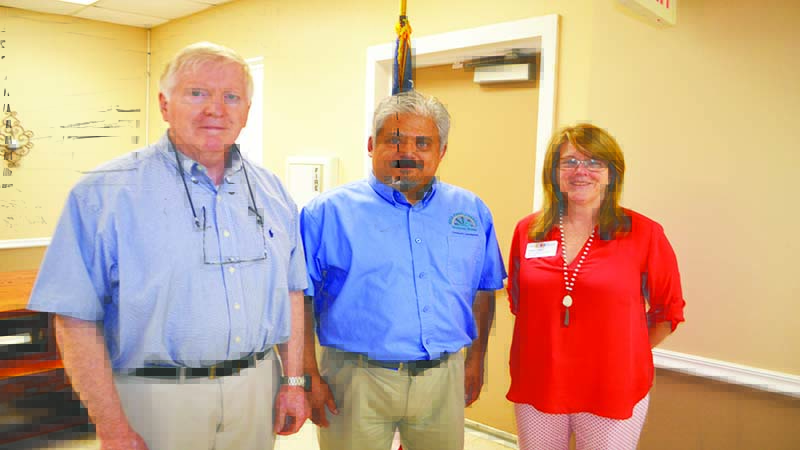 LANETT — The City of West Point has a comprehensive plan for the next 20 years. The plan is considered a community-based, long-term vision for the city’s future with established policy guidance for future actions based on this shared vision. The city’s planning director, Dennis Dutton, talked about the 20-year plan at Thursday’s noon hour meeting of the West Point Rotary Club.

Dutton brings a wealth of experience in being a city planner. He has been a planner or zoning administrator in a number of Georgia cities, including Barnesville, Thomaston, Cedartown, Rome and Fayetteville.

The Georgia Planning Act of 1989 encourages Georgia cities and counties to develop comprehensive plans in order to meet the state’s planning requirements, to remain eligible for grants and other funding programs and to have a means of leveraging public and private investment.

“Each city is different and needs a plan to address its unique needs,” Dutton said. “Cities like West Point and Hogansville are very different from cities in the metro Atlanta area. Fayetteville for the most part is a residential area with a controlled growth strategy.”

West Point’s plan has a five-year work program. There’s a plan update to be completed in 2026, and there will be other updates along the way to account for changes in the city, its economy and environment.

Dutton said that one of the city’s obvious strengths is that it has a river running through it. Many places would love to have two banks of the Chattahoochee like West Point does. Other strengths include having a vibrant downtown area with historic structures and facilities; a variety of restaurants that are within easy walking distance downtown; Point University; proximity to a major railroad; lots of recreational activities and facilities; a strong, active police force; good city services; active and passive greenspace; interstate access and The Ray; West Point Lake; KMMG and its suppliers and an engaged citizenry.

Weaknesses include lack of transportation options, lack of retail business, a limited variety of housing options. insufficient accommodations for travelers, lack of directional signage in the city and some degree of community apathy.

“During a study, we found that retail had changed,” Dutton said. “There is a need for it. Our restaurants are doing really well.”

Dutton said he was working with Cedartown when a bypass for US 27 went around the city. It took away tourism and hurt downtown businesses.

Having a lively downtown area is something West Point needs to maintain.

“We need to keep downtown a centerpiece,” he said. “We need to expand our walking trails. Our Public Works Department has been working hard to keep our River Park trails clear and safe to walk. We have even had a wedding in the park.”

Dutton said there’s also a need for all types of housing.

“Loft apartments are popular downtown, and we are having growth with single-family homes,” Dutton said. “Plans are to build 100 new homes in Harris Creek.”

The city has grown a lot size-wise since the 2006 announcement of Kia coming to town. Dutton said that it has been a good thing but that the city needs to be careful about future annexations.

“We have to be smart about what we annex,” he said. “We will have to provide services such as water, sewer and wastewater treatment for what we bring in.”

West Point has a major opportunity in the coming years to redevelop its gateway along 10th Street.

“We want it to be a scenic and pleasant drive for those who are entering the city,” Dutton said.

Opportunities that are listed in the SWOT analysis include:

•Further marketing of the city’s unique lifestyle, character and quality of life offerings;

•The promotion of ecotourism;

•Improving communication between the city and its residents;

•Having a joint corridor with the City of Lanett;

•Partnering with local chambers of commerce to promote the city.

The comprehensive plan’s work program for the next five years includes attracting another grocery store to the city, updating the city’s historic resources survey, revitalizing the old West Point High School building on Highway 29, developing a city-wide wayfinding signage plan, having a park management plan, a land use plan, adopting a city ordinance to address accessory dwelling units and to make improvements to recreation and parks throughout the city.

Work programs that have been completed thus far include a vacant site inventory, an inventory of buildings suitable for redevelopment, the nomination of properties to the National Register of Historic Places, the consideration of public or private funding that could be used to revitalize the West Point High building and having quarterly meetings with the Harris County Development Authority and the Harris County Commission. Work programs that are currently underway include having a policy statement for local industry, educational institutions and non-profits to have a program that would assist adults with limited job-related skills to learn such skills and achieve certification in skilled areas. It’s also a work in progress to have a policy statement to work with school board officials to ensure that school capacity and facilities are maintained to meet the needs of a growing community.

Dutton said the city’s west bank has a promising future as a place to host community events.

“Some have already taken place in the area below city hall, and we’ve even had a rodeo at the old woodyard site,” he said. “The development authority is attempting to market it.”

West Point could have its first roundabouts by 2023. One is being planned at the junction of Highways 103 and 18. Two more are slated for construction at Exit 2 off I-85.

These projects are holding up the start of construction of a Love’s Truck Stop to be located across from Frisky Whiskey.