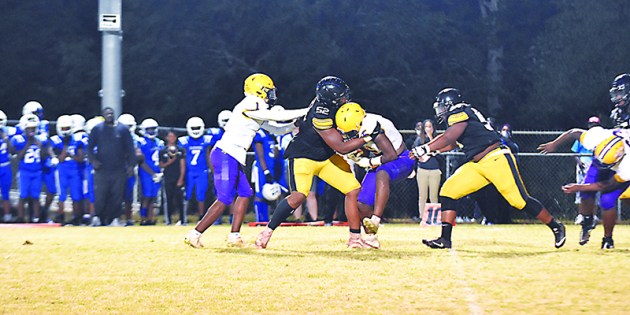 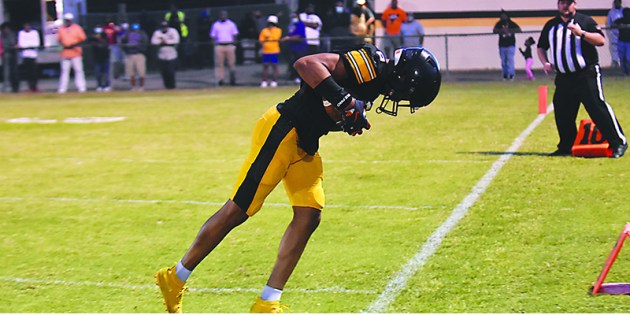 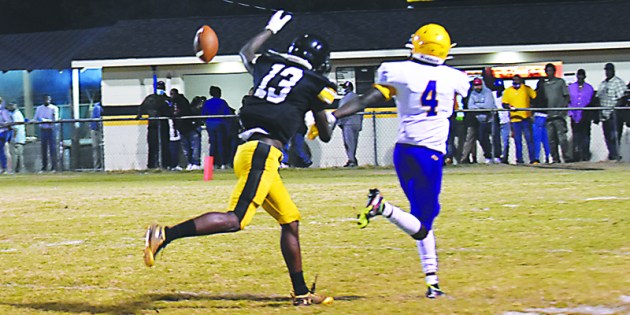 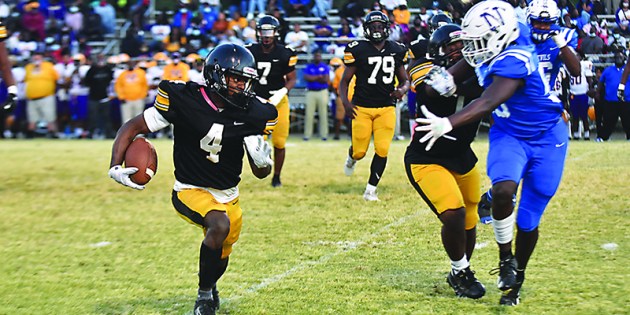 The LaFayette football team suited up for the first time this season on Friday playing in a four-team scrimmage with Pike County, Notasulga and Booker T. Washington. LaFayette and Pike County came away with the win, winning 26-18.

“It was good,” LaFayette head coach Juan Williams said. “I saw some things that we can do better. We have to change our mentality towards a lot of things. We have to be able to compete and compete in a good fashion. We need to understand that when things don’t go our way, we can’t get rattled about it. We did a great job tonight. Offense looked good. The defense has some things that we need to work on, which we knew that going in. We have some new things going on. We just have to get back in the weight room and keep grinding.”

The LaFayette offense struggled for most of last season consistently putting drives together and scoring points. On Friday, it scored 14 of the 26 points. Throughout most of their drives, the Bulldogs were able to move the ball well, gaining big chunks of yards at a time.

“I think you see the difference in the weight room,” Williams said. “Our guys are ready to block and create better holes. That’s from the last four or five months in the weight room. We can get a little better from there.”

While the Bulldogs retain some of their weapons from last year, mainly along the offensive line, they are replacing a quarterback, wide receiver and running back.

“He looked good in his first year back,” Williams said of the senior running back. “He doesn’t look like he’s missed too much of a step. The kid is good. We just have to keep his head on straight and see where he goes from there.”

The game was also huge for the Bulldogs to see what they had in Tazarius Towles, who is expected to be their signal-caller to start the year.

“He did a great job of managing the game. He threw a pick right there in the end. He’s just learning to set his feet and stay in the pocket a little longer. He’ll get better,” Williams said.

Defensively, the Bulldogs were solid. Outside of two drives, they limited the opposing offenses to very little yards, getting stops quickly.

On the two drives they allowed success, most of the yards allowed were on penalties, mostly offsides. LaFayette allowed six of the 18 points.

“We got a little antsy and ready to go get it,” Williams said of the defensive penalties. “We’ll work on that and get better.”

LaFayette will not scrimmage again like they did on Friday for the remainder of the spring. However, it will participate in some seven-on-seven practices later in the spring.