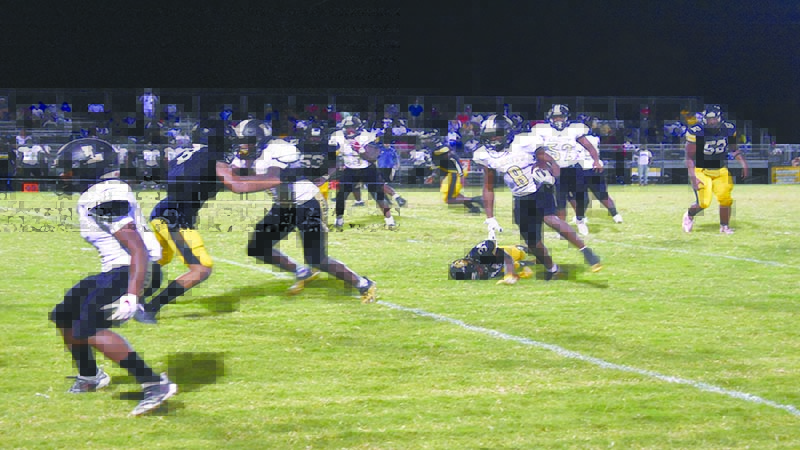 While the spring is mainly a time for evaluation, Lanett head football coach Clifford Story has been impressed with the development of his team so far.

“I’ve seen some guys that can help us in some areas. I’ve seen some guys that were young last year, they know what to do this year,” Story said. “My veteran guys have really taken on a leadership role. I’m pleased where we are, especially with the circumstances that we’ve been dealt so far. I think we still have a chance to be very special. We have some pieces in some areas that are going to be very explosive, and our offensive line is really going to be our key this year. We’re going to rely on them to pull more than they have in the past.”

Lanett graduates several key players from the 2020 team that reached the third round of the playoffs a year ago, including its three leading receivers and a quarterback, all of which were standouts on defense as well.

According to Story, some key players that have stepped up this spring include Isaiah Green, first-year Panther Jay Goodman, Jay Gibson and Teo Cheeks. Rising senior Ja’vontae Cooper has also been a standout for Story, mainly with the fact that he has become more of a vocal leader.

“Cooper has always been a guy that just stood back, but he’s been a little more vocal and he knows that is what I want out of him,” Story said. “I can name two or three more guys, but those guys have really stood out to me as I stand back and evaluate how far they’ve come and what they’ll be able to add to our program.”

For most of the first week of spring camp, the Panthers weren’t able to get onto their practice field, instead mainly going through camp at Valley Baptist Church, where they work out. On Monday and late last week, the Panthers were back on their field.

Monday’s camp was basically a normal day of practice for the Panthers, working in position drills before coming together for an offensive and defensive walkthrough.

“We’ve got the green light from the insurance company to go ahead and order all of our contents. I ordered a lot of things [Monday] and I will order a lot of things [Tuesday]. I have to get with some other vendors to get some other things that we’re going to need. The main things that we’re going to need to be able to do what we need to do moving forward have been ordered.”

Story said he’s already ordered the team’s helmets, which are one of the bigger items the team needs so it can do some seven-on-seven scrimmages.

“It’s going to be really big because we have some big things planned this summer, and we can’t go and compete without helmets or those types of things. We really need to get those things in here as soon as possible. I think we’ll have everything in before we start OTAs with other schools.”