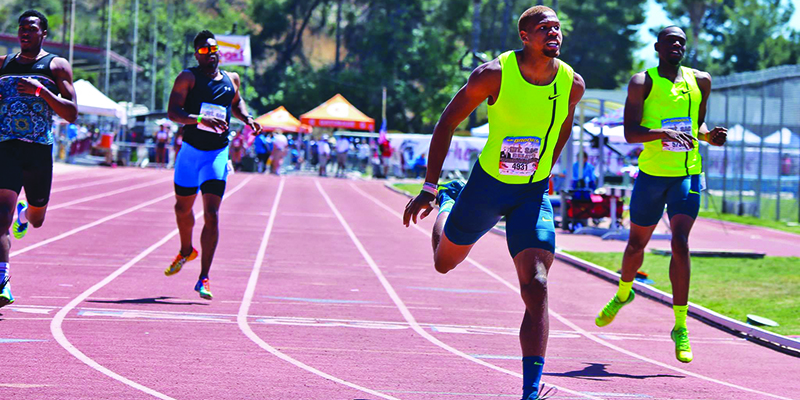 Because of a back injury that was causing a lot of problems with his hamstrings, James Harris was training in a pool. The Lanett graduate and former All-American missed out on a spot on the U.S. National team’s 400-meter sprinting team by just .02 seconds.

Now healthy, Harris is gearing up for another run for the U.S. Track and Field team before the Olympic Games in Tokyo.

“2020, it was a doozy. You work for that for so long, and it’s one thing if you don’t make it but we didn’t get the opportunity to make it,” Harris said. “For me, I had invested so much getting healthy, coming off by back injury and everything, and it was time to reassert myself among the elite people in track and field. I didn’t have the opportunity to do so. It was mentally tougher than anything. It was very mentally taxing. I had to remind myself that this isn’t the end of track and field, we don’t know how long the pandemic is going to last. But the fact that you are able to train at this level again and the fact that you are able to go out and see yourself hitting times in practice that you used to hit, that was a blessing in itself.”

When the pandemic started, Harris was still training for the Olympics. Because he couldn’t do his normal training routines, he was going to parks and the few places that were still open in early March. He was jumping over park benches and sprinting in LaGrange, Georgia at one of the few open parks at that time.

Since late 2020, Harris is able to compete. The 29-year-old has competed in several meets in Georgia and Texas, but the meets were smaller because the number of athletes were limited due to COVID restrictions. Fans were also not allowed in the stadiums to watch, which was a weird feeling for James.

This past month, James was competing in California.

“It’s been a fresh of fresh air to get back out there. I’ve been running track year-round consistently since 2010,” James said. “It’s 11 years later. Just taking that one year off was rough because your body gets so used to going… The environment really sets the stage for a great environment. You feel it like you would on a Friday night for a football game or a basketball game. Once you took the people out of the stadium, you kind of took the air out of the environment. Now you’re getting fans back in the stadium.”

Harris is training to try out for the 400-meter dash and the high jump, two events that he has been on the pro circuit participating in since graduating from Florida State. But the ultimate goal is to make the U.S. National team in an individual event, so whichever event will give him the better opportunity to achieve his dream is the one that Harris will compete in.

“I’m doing both. As trials get closer, if I see there’s a more direct beeline in making it in one event, I’m going to be putting more focus in that area,” Harris said. “They’re on different sides of the trials, so I have the opportunity to do both at the trials. If I feel the 400 is going to tax my body too much and I won’t be as fresh as I need to be by the time the high jump rolls around, I might just scratch the 400, if I feel the high jump is going to be my best opportunity to make the team. I’m just playing it by ear because I want to make it individually and have my own name slot at the games.”

The trials begin the third weekend in June, wrapping up at the start of July. The 400-meter dash will be one of the first events while the high jump will be on the second to last day of the trials.

“This has been a childhood dream and now I’m right up on it again. It’s a chance to make it happen, and I’m looking forward to it,” Harris said. “Right now, I’m really good. I think I’ll start needing the breathing machine probably two weeks out. I’m excited.”