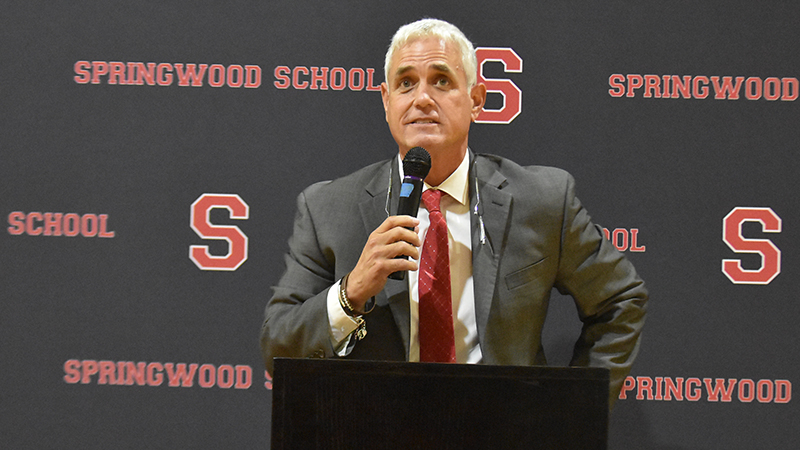 On Tuesday, Springwood School announced that Athletic Director Kurt Page has been named as the new head baseball coach.

Since being hired as the head football coach, Page has scheduled and coached football camps and given one-on-one instruction to maximize students’ athletic abilities.

One of Page’s key focuses as a coach is to develop high-caliber athletes based on different coaching methods, beginning with the fundamental mechanics of movement. He has studied under leading expert Tom House in rotational mechanics with many of his athletes reaching professional levels.

“My college teammate/roommate, Kurt Page, has been coaching and developing young athletes for close to forty years,” Joe Kelly, Sr., father of MLB pitcher Joe Kelly said. “Over those years, he has diligently remained ahead of the competition by implementing the best methods and techniques research could provide. If you know a young athlete involved in any activity that requires rotational power, speed, or torque then Coach Page should be at the top of everyone’s list to guide their athlete’s future development. Kurt has studied under the most sought after clinician and research in sports; Tom House. The same Tom House who works with the NFL’s and MLB’s best quarterbacks and pitchers including Tom Brady.”

Springwood baseball reached the second round of the playoffs, finishing with the most wins in the past four years.