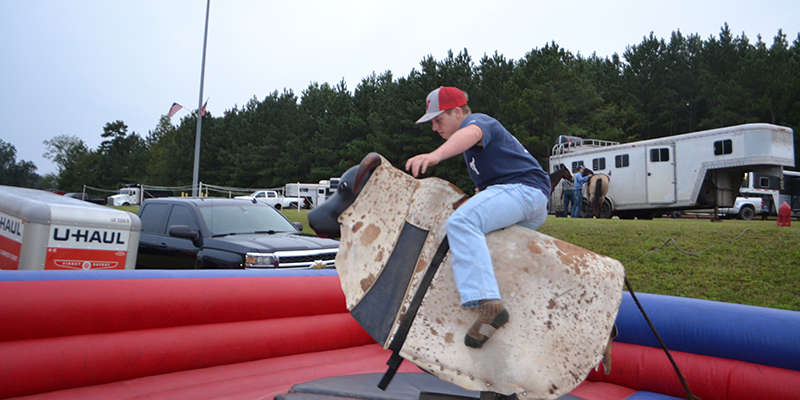 LaFAYETTE — The 25th annual Chambers County Sheriff’s Rodeo will be taking place this coming weekend at the Chambers County Agricultural Park, located between Highways 77 and 431 on LaFayette’s north side. There will be 7 p.m. CDT shows on Friday, May 14 and Saturday, May 15. Admission is $15 for adults and $10 for those between 4 and 12 years of age. It’s free to children age 3 and younger.

A native of Pontotoc, Mississippi, Lepard is widely known for his cowboy monkeys. He has three of them, and they dress as cowboys with vests, chaps and cowboy hats. They sit in saddles and ride border collies while rounding up sheep inside rodeo arenas. The cowboy monkeys have performed at major sporting events across the U.S. They have performed for crowds at Major League Baseball games, NBA games, NFL and college football games as well as NASCAR races. His three Capuchin monkeys are named Sam, Meglynn and Little E. Sam is 28 years old and has been riding since he was two. Lepard has nicknamed him “the Duke,” because he reminds him of John Wayne.

“When he sits on the dog, he wears his hat cocked to the side like John Wayne,” Lepard said. “He’s the duke of the monkeys.”

The female of the group, Meglynn, is a sweetheart.

Little E is the baby of the group. He’s six years old.

“He loves everything and everybody,” Lepard said. “He has a real loving personality.”

Lepard and Team Ghostriders – and, of course, the monkeys – will be entertaining crowds on Friday and Saturday nights at the Chambers County Agriculture Park.

“It’s something you shouldn’t miss,” said Sheriff Sid Lockhart. “We wanted to have something special for our 25th annual rodeo, and I think we will have it.”