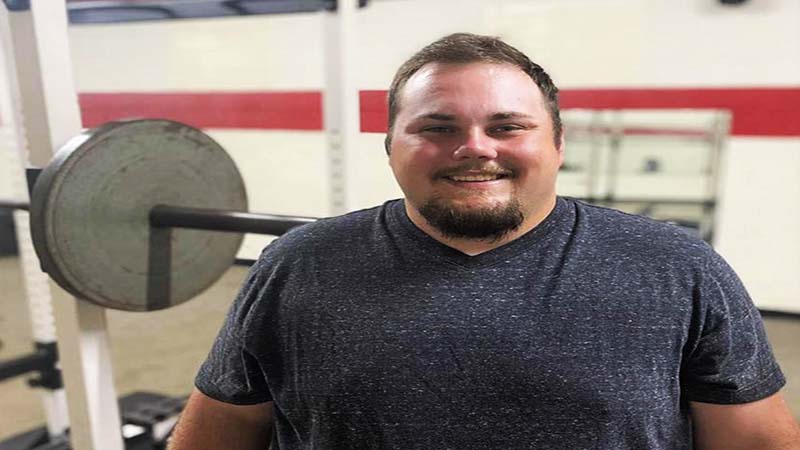 Slagle joins the Springwood School family as a physical education teacher and assists head football coach Kurt Page in football and all athletics.

Slagle is originally from Alabaster, where he attended Thompson High School. He holds a bachelor of science in physical education from Troy University and a master of science in management from Faulkner University. He is recently engaged to Hannah Stinson of Mobile. She is currently at Troy University working on her nursing degree. They will be married in April of 2022.

Slagle has an extensive background in coaching.

“I commend coach Page and Springwood on the great hire with Skyler Slagle,” Faulkner University’s former Head Coach Tommy Wasded said in a press release. “Skyler is a talented young man with a bright future in education. He is a great young coach but an even better man. Skyler has done everything I have asked of him and more. He has certainly exceeded my expectations. Most importantly, Skyler will bring excitement and energy to the students and athletes under his guidance.”

Slagle has had success on the field, helping Troy win back-to-back bowl games and the Sun Belt Conference Championship. Slagle’s success translated off the field in recruitment. He helped recruit and sign a number of players for future seasons.

Slagle has been with Springwood since the start of spring camp, helping during practices and during two SOAR camps.

“Skyler is a great fit to be our first ever all-sports strength and conditioning coaching hire,” Page said. “He knows how to build the trust of his student-athletes, developing them all to become the best that they can be representing the Springwood School brand on the fields, courts, diamonds, pitches and tracks.”

When he’s not on the field or planning a wedding, Skyler likes to get outdoors, go camping, kayaking and play video games.