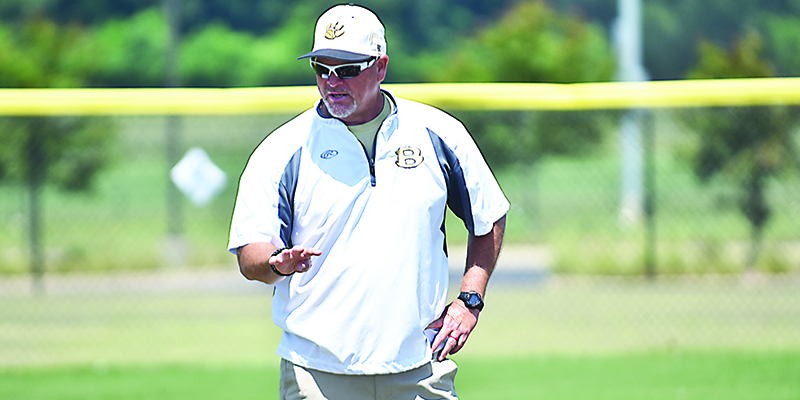 Because of the success through a challenging school year and a tough season, Beulah head coach Stan Pepper has been named the Greater Valley Area softball coach of the year.

“It’s bittersweet. We felt that we had the opportunity to go [to the state championship game],” Pepper said. “We had enough talent. People don’t understand what we were going through, physically, emotionally with COVID and everything. It’s been rewarding in a lot of ways, and I am so proud of them. I’m excited because we get everyone back.

“I go back to March 13 last year when we stopped [because of the start of the pandemic], there were times this year where people didn’t know if the world was going to end. It’s been a rough time for everybody, so for us to have the success that we’ve had and bring some recognition to the school. It’s been rewarding. It’s been a great way to end a COVID year in my opinion.”

In the previous years that he has been the Bobcats head coach, Pepper has led Beulah to appearances to the regional tournament, but the Bobcats never made a run. In order to get the team ready for a mentally tough, Pepper scheduled the toughest regular season possible, filled with bigger schools and several tournaments.

“It worked out great for us, because we saw seven of the best teams in 3A up there [in the state playoffs],” Pepper said. “Some of those teams had beaten some of the bigger schools that we had played. We were 17-1 in the regular season not including tournaments, and the one team we lost to was a 7A school. You take away all the tournament play, we’re 17-1 and we’ve played good quality teams, but that is where you get your opportunities to play really good teams are in tournaments. Next year, we’re going to a couple of tournaments that we didn’t go to this year around the state where we can see different quality teams.”

“I learned a long time ago that if you want to be the best that you have to beat the best. If you’re not used to playing that type of team on a regular basis, you’re not going to elevate your ability. That’s why I wanted to play tougher teams. I knew last year that we had an opportunity to be really special for a long time. I wanted to make sure before we got to regionals. Two years ago when we got to regionals, we had played some quality teams, but we were not prepared mentally to play those types of teams. I wanted to make sure when we got to play those types of teams, that we were mentally prepared and we were.”

While Pepper led the Bobcats to where they had never been before, he was quick to give all the credit to the players on the roster and his assistant coaches.

“My assistant coaches, they do all the hard work and having the players that I have, it’s easy to not go and screw them up,” Pepper said. “The way I look at it, I screwed them up 17 times. We lost 17 games and it’s my fault. I think I have the best coaching staff in the state. I’m just fortunate enough to have the title of head coach.”