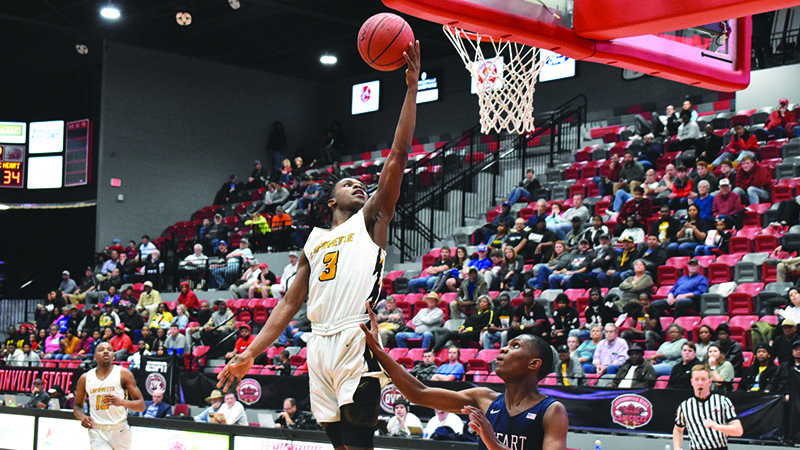 After staying in-state for one year, LaFayette graduate Corey Boston is heading west.

Boston, who graduated from LaFayette in 2020, announced on Twitter and Facebook that he is transferring from Snead State to Eastern Arizona College.

“I really wanted to get out of Alabama. I want to see the world from a different perspective,” Boston said. “I’ve been in Alabama and the east coast my entire life, so finally going to the west coast, it’s going to be something different. Basketball, I felt being at Arizona will give me more opportunities to get to the next level.”

In his lone season at Snead State, Boston started all but one game. The former Bulldog averaged 14.1 points, 4.3 rebounds, 3.3 assists and 1.6 steals a game.

“For my first year, it was a great experience,” Boston said. “Being a freshman, coming in and playing a lot, it opened my eyes to new stuff. I was prepared for it. It was just great all the way around.”

During his senior year at LaFayette, Boston focused on being a true point guard, working to find his teammates first before taking a shot. At Snead, Boston was more of a combo guard, playing off the ball and focused at shooting.

“At Snead, I had a different role than I did in high school,” Boston said. “In high school, I had more of a point guard role, I had the ball a lot. At Snead, I played a lot off the ball, so I had to do the opposite, where when I get the ball I’m looking to score first instead of creating for others. That just came with me being off the ball more than being on the ball. Once I made the adjustment, I was just happy to play.”

Boston scored 20 or more points in five games this season. Arguably his best game was against Enterprise State in his final game of the season. He finished with 24 points, making eight of his 11 shots and a pair of threes. He added three rebounds, five assists and three steals.

During his high school career, Boston was big on paying attention to the details, studying film and paying attention to his and his teammates’ stats. While his numbers were solid for the most part, Boston said he was disappointed with his shooting percentage from behind the arc, where he shot 34.9 percent and his free-throw percentage, where he shot 75.8 percent from the stripe.

“As a freshman, I think my stats were pretty good, but I really wasn’t happy about my shooting percentages from the three and the free-throw line,” Boston said. “I started off the year slow, but I got better as the season went on. My main goal going into next year is to raise my three-point percentage and my free-throw percentage. I’m going to come out at the beginning of the year making shots.”

Throughout his high school career, Boston was working with and learning from Trevond Barnes, a former LaFayette player that just won a championship in Georgia this past May; then head coach Obadiah Threadgill, who played college basketball; and Dee Mackey, a former LaFayette graduate that played at Stillman College. With the knowledge he received from them and the work he put in, Boston made an easy transition to college.

“It was about the same as high school. Working out with Trevond [Barnes] and learning a lot from [former LaFayette basketball coach Obadiah Threadgill], the only adjustment I had to make was getting used to the game speed and the physicality,” Boston said. “It helped out a lot. Those guys played at that level, so they know what it takes. I appreciate them for helping me get ready for my freshman year coming in and getting ready to play.”

Because of the COVID-19 pandemic, this past season didn’t count against Boston’s eligibility, meaning he still has four years of eligibility left. This will help him make sure he can achieve his goal of playing at a four-year school.

“I think it helps a lot,” Boston said. “If I don’t have the stats that I really want this year, I have a choice to come back to JUCO for another year. Hopefully, I’ll get my stats and reach my goal and get to a four-year [school] after this season.”