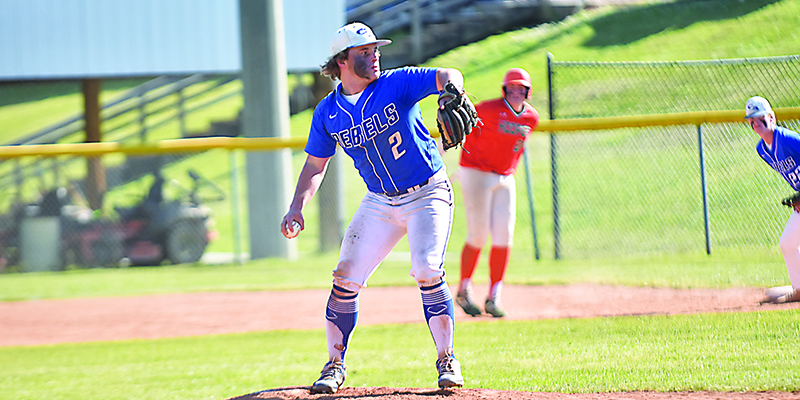 Braxton Yerta’s goal is to continue his baseball career once his time at Chambers Academy is finished. He took a major step on accomplishing that dream, as he was named to one of the two Alabama teams in the Southeastern Underclassmen Shootout, a tournament that is made up of several of the best high school baseball players in the southeast.

“It’s really fun. I’m just going to go out there and have fun,” Yerta said. “If I have fun and do all I can do, that’s really all I can do. It’s going to be a pretty cool experience, getting to play against the best of the best.”

Yerta’s journey to the Shootout started in Prattville, where Yerta tried out against 800 other Alabama high school baseball players for a slot on one of the teams in another showcase in Troy. In Troy, most players were rotated in and out of the 10 teams that played, in order to get a look at every player. Yerta’s only move throughout the showcase was moving between shortstop and second base.

At the end of the showcase, David informed Yerta that he was selected to play in the Shootout.

“There were a lot of colleges there, so it was pretty cool that they want to see me play next week too,” Yerta said. “This is really what is going to get me started on recruiting because a lot of schools saw me play last week.”

Yerta said that along with Samford, there were several junior colleges there along with Faulkner. Overall at the Shootout, there will be more than 100 colleges watching online.

“He’s a true five-tool guy,” Chambers Academy head coach Dillon NesSmith said. “He runs well, can get on the mound and throw in the sub-80s. He is a great defensive player, one of the best defensive players I’ve ever coached. He’s really taken a step forward hitting. He hits really well with runners in scoring position, which is something that you can’t really teach. He’s worked hard. He’s a really hard-working kid, and I’m proud of him for that.”

For the Rebels this season, Yerta was the team’s No. 4 hitter where hit .285 with 25 RBIs and nine stolen bases. He also finished with a 91.2 fielding percentage.

“It just says that we have ballplayers here that are just as good as anywhere else,” NesSmith said. “I’m proud of him. It’s something for us to kind of fall back on and say that we have a player that can play with anybody. He’s going out there and not just playing well, he’s excelling. He’s playing with kids from all over the state. I’m proud of him and I know the whole school is proud of him too.”

The Shootout will be played in Troy from June 28 to July 1.