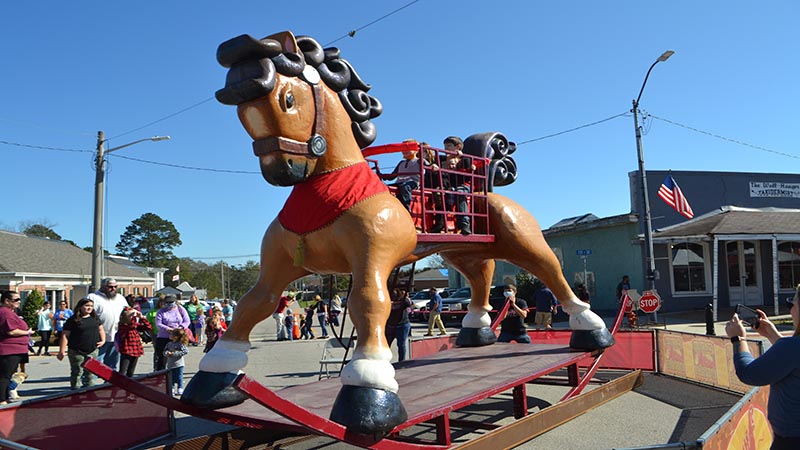 “The first thing on the agenda was local t-shirts,” Royster said. “This is something that we are very excited about. I think this is going to go over great.”

The t-shirts, which were inspired by the local t-shirts that Royster saw on a trip to the beach, will have the word local across the front with the state of Alabama as the A in local. On the back, there will be a list of businesses that are part of the chamber.

Royster said the shirts will be in by Monday.

The tourism committee’s next plan of action is expected to be an antique crawl, which will highlight the various antique businesses in Chambers County.

“We’ve identified six antique stores just in Chambers County,” Royster said. “I think it will be great to outline those. They will probably have a punch card, and they will receive a prize once they’ve visited all six antique stores. Once that is over and going, that is something that we are hoping to continue. We’re very excited about this new committee and the work that they will be putting out.”

Royster also announced the second Rockingfest on the Square, which will take place on Saturday, Nov. 20.

Last November was the first Rockingfest on the Square, which was highlighted by the world’s largest rocking horse. Like last year, the rocking horse will be back, along with ice skating. Instead of having the polar golf, which was mini-golf on inflatables, there will be an Everest Climb-N-Slide.

Royster said she wants to make the Rockingfest an annual event

“I am signing a five-year contract with the rocking horse, so that’s what I’m focusing on, and it’s always here. Hopefully, LaFayette will be known for that,” Royster said. “The rocking horse is not presented anywhere near us right now.”

Mayor Kenneth Vines said that he has been approached by several citizens looking for a summer-time festivity.

“I know we have LaFayette Day and Valley Haven in April and now Rockingfest in November. I’ve just been approached by some people trying to get some type of event during the summer,” Vines said. “I know way back that we had Pine Tree Festival that used to be in August.”

Royster and Vines agreed to meet at a later date to explore potential summer event ideas.