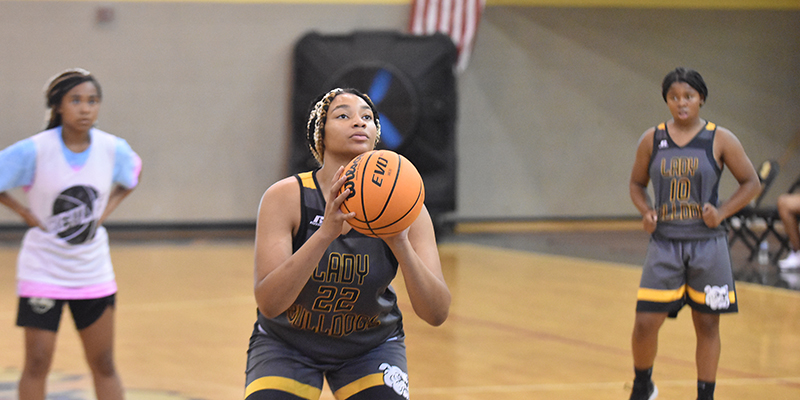 The start of the summer season marks the third year that head coach Fred Bridges has been with the LaFayette girls’ basketball team. The goal for this season is to continue to build on what the Bulldogs have done the past two years.

“This summer is going to be big so we know what we have is special. We’re building a program,” Bridges said. “We’re sharing the basketball, the girls are working together as a team. They share the ball as a team, they’re communicating and they’re talking. That’s what it is going to take to have a successful program. Even my young girls that are coming in, they’re working hard. I’m looking forward to it.

“I know a lot of people think ‘Feliah is gone, LaFayette girls are going to be down now.’ We don’t have anything to prove. All we have to do is keep building on what we started two years ago, and it’s going to show for its self.”

The Bulldogs graduated three key players from last year’s team, Feliah Greer, who signed to play at Shelton State, Ebony Williams and Alahbra’J Todd, each played an important role on the team. All three handled the ball and could shoot from outside the arc and were consistent at scoring inside.

While the loss of those three seniors will be tough to fill, Bridges isn’t focused on replacing them.

“They’re still implementing the system that we’ve always had since I first started,” Bridges said. “The team this year does have some big shoes to fill this year. What we’re not trying to do is focus on the shoes that we’re missing, but how we can come together as a team to make this thing move. That’s what we’re working on now.”

The Bulldogs will be back in action on Saturday, as they travel to Auburn to take part in another playdate.

“I’m looking for us to be stronger on the offensive side of the ball. Defensively, we look strong,” Bridges said. “Going into your playdates, you don’t want to look at your wins and your losses. You want to look at the technical side of the game, what do we need to work on, and what we need to fix as we approach this upcoming season. That’s what we’re doing right now. We’re evaluating how we play against other people. It’s really looking good. I’m impressed with what I’m seeing.”