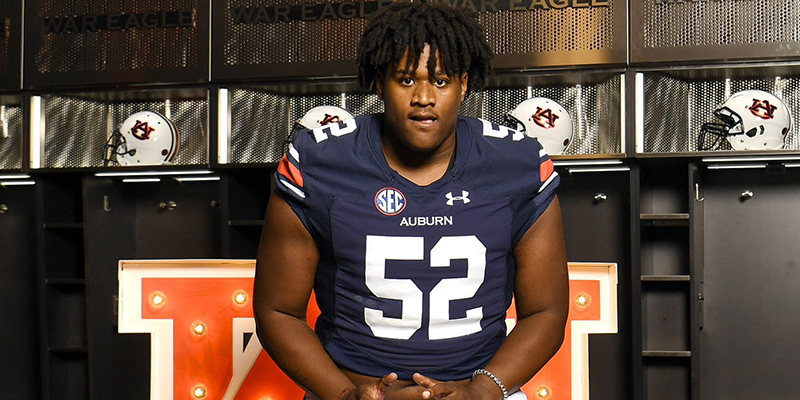 After picking up an offer from Florida State in November, LaFayette rising senior Antavious Woody has risen up different recruiting boards. On Wednesday, Rivals, one of the country’s top recruiting websites, promoted Woody to a four-star prospect, making him the second four-star prospect in Chambers County.

He is now the fourth Chambers County prospect that has been rated a four-star prospect in the past three years, joining Lanett’s Kristian Story (who is now at Alabama), Trikweze Bridges (now at Oregon) and Caden Story, who currently plays for Lanett and was the 2A 2020 Lineman of the Year.

Woody has picked up 18 college offers, most recently picking up an offer from Arizona State on May 11 and Louisiana Lafayette on May 10. Sixteen of his 18 offers are from Power-5 schools, including seven from SEC schools.

Woody was one of two Chambers County athletes to participate in the Under Armour All-American Camp in March where he showcased his abilities at both offensive and defensive line. He played at center for several drills at the Under Armour camp, where he faced off and held his own against five-star defensive end Walter Nolan, who is the No. 2 player in the country.

“I had to block the No. 2 dude in the country [Walter Nolan a five-star defensive tackle],” Woody said in March. “There was nothing to do, just work hard. It was a little weird, but I had to do it. I can’t tell a coach no.”

Woody also participated in the Rivals camp in Atlanta in late April, where he was named defensive line MVP of the camp.

Check out his best reps below 👇👇👇 pic.twitter.com/qNV1JFoTLD

Woody began taking his college visits this past week, visiting Auburn and Georgia Tech unofficially. He will visit Florida State later in the month on an official visit.