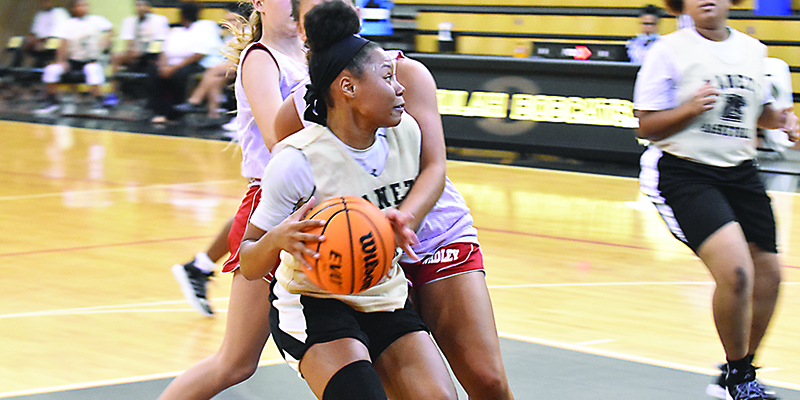 The summer started for the Lanett girls basketball team a week ago when they participated in the Charlie’s Angels Skills Camp hosted by head coach Charlie Williams and former UAB basketball player Mo Finley.

On Friday, the Panthers participated in the Lady Bobcat Summer Jam Play Date, where they squared off against Loachapoka, Wadley and Reeltown. After starting off slow in the Loachapoka game, Lanett dominated the rest of the day, showing why they reached the state semifinal game a year ago.

“They’re competing. They’re coming back out with the same fire that we left Birmingham with,” Williams said. “I’m really pleased with that because that’s what we have to do to win. To win a state championship, you can never lose your edge. You always have to have your edge, I don’t care if you’re playing pickup in the backyard, a 7A school or a 4A school, it doesn’t matter. You have to compete.”

For the past three years, Lanett has been taking steps as a program, which culminated in a regional championship in February. Part of the reason the Panthers have progressed so quickly the past few years is because of the development of the players, especially the rising junior class. Two of the players in particular that have raised their game the past few years are Samahria Davidson and Ameria Zeigler.

“Samahria is the catalyst,” Williams said. “A lot of people don’t see the stuff Samahria does. She sets the defense, she does all the dirty work and a lot of kids don’t like doing that stuff. Every successful team has that one kid that likes to do the dirty work, and that is Samahria. I’ve been very impressed with her. I just want Ameria to take strides and run with the ball. I want to be able to sit down and talk less and encourage more. I want it to be her ball club this year.

Lanett will host a playdate next week, playing against Beulah and Carroll Ozark High School on Friday.