Lanett volleyball aims to take next step after missing 2020 season 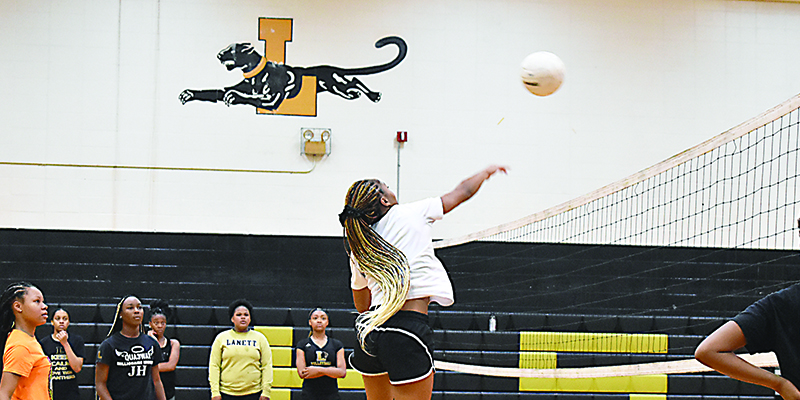 On Aug. 12, 2020, Lanett athletic director Clifford Story announced that the high school’s volleyball team would sit out the season due to COVID-19 concerns. The biggest concern was the size of Lanett’s gym.

“With volleyball being indoors and the way that we are set up, that was the move that we needed to make,” he said at the time.

Now, the Lanett volleyball team is back and extremely excited to play after missing the 2020 season.

“It’s so exciting to be back. The girls were ready, they were ready to go in January and February,” head coach Krissie Story said. “They were asking when are tryouts when are tryouts? I’m so excited because we have a great group in our junior class. We have one or two seniors that didn’t play [two years ago] but are pretty good volleyball players. I’m extremely excited about our opportunity this year and the chance that we have to win.”

Story said the team’s goal this year is to win the area championship.

Lanett started its summer workouts three weeks ago. In those workouts, while there have been some frustrations with the lack of experience, the players have been working hard and developing.

“They have gone pretty well. We have a lot of inexperience at the JV level, and we have to split time with cheerleading and volleyball because we’re such a small school,” Story said. “The girls have worked hard, and they’ve shown up. It gets frustrating [though] because we’ve been here for three weeks, and we have some that aren’t putting forth the effort or they’re not learning, so we have to go back to the drawing board. I’m not going to put it completely on them because it’s something that we need to do differently.

“The girls have shown up, and they’re working hard. I would not have set the goal to win the area if they had not come in working hard.”

In 2019, Lanett struggled for most of the season, finishing with four wins in 2019, but the young team has matured and developed, as most of the girls also play basketball and cheer throughout the season.

For most of the girls, this will be their first season playing 2A volleyball, as Lanett moved to 2A this past school year. However, since most of the team played 2A basketball the year before. Lanett also usually plays the other three teams in its area during the regular season (LaFayette, Ranburne and Russell County), Story isn’t worried about the transition.

“I’m not really concerned because it’s a larger classification because we’ve seen those teams before,” Story said. “Our area is mixed up a little bit. We’ve played LaFayette every year regardless of the classification, Randolph County. Most of those teams, we’ve seen before, and we’ve fared fairly well against them. When we played 2A, we actually were the runners-up for our area two years in a row. I’m not really that concerned about it.”

The leaders on the 2021 volleyball team are the rising juniors, who have shown they can take on a leadership role after the basketball team reached the state semifinal game.

“I’ve seen a cohesiveness, and I think that’s very important when you’re playing a team sport. We have quite a few leaders in that class,” Story said. “We have four or five of them and all of them are leaders. That’s one of the areas that we needed to work on the most. If we have a leader, we have a really good team. They’ve shown leadership and a really strong bond. All of them are either cousins or best friends. That has made a huge difference.”