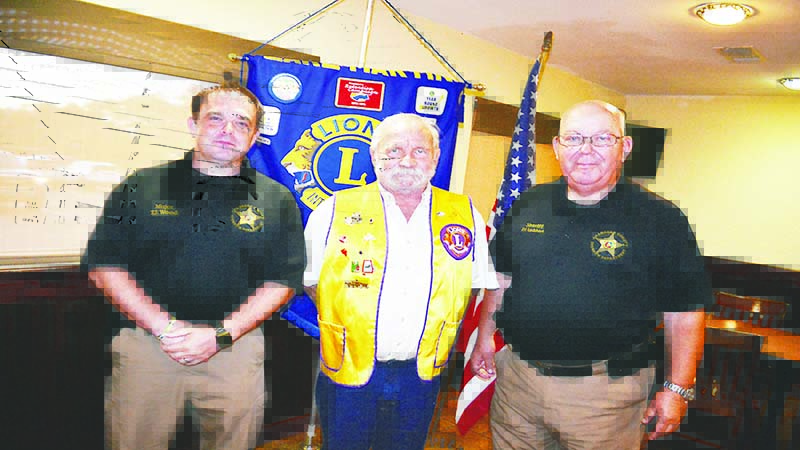 VALLEY — There has been a vast outpouring of sympathy and support for the Tallapoosa County Girls Ranch following the June 19 accident on I-65 that claimed the lives of eight children.

A GoFundMe page set up shortly after the accident has generated close to $550,000. The page was started by a Montgomery attorney who lived at the ranch when she was a young girl.

“People have been great in their support of the ranch during this very difficult time,” Lockhart said. “We appreciate that so much. Just today I got two $2,000 checks, a $1,000 check and a check for $500. No amount of money will ever replace what was lost, but it will help with funeral and hospital expenses. We need to keep praying for those who are still at the ranch. There’s such a strong family feel at the ranch. Everyone there feels they have lost close family members.”

One bit of good news is that Director Candace Gulley is out of the hospital. She has a long road to recovery, both physically and emotionally. She lost a son, a daughter and two nephews in the multi-vehicle pileup on I-65 south of Montgomery.

Over the weekend, Gulley was at an event hosted at the ranch and attended by Lockhart and Wood. Plans were then announced for some upcoming events including a motorcycle ride and family fun day at Reeltown High School in support of the ranch and a celebration of life event at the Church of the Highlands in Auburn.

Gulley is fortunate to be alive. Bystanders were able to pull her to safety from the burning van but could not get to the eight passengers in the back. Gulley sustained some lacerations in the wreck and is coping with numbness in her limbs. She was apparently knocked unconscious from a blow to her head. Since she was driving the van, she was up front in an area where rescuers could get to her.

“I don’t know how or why this happened,” Lockhart said. “It is still under investigation. It could take months to figure it all out. I would like to know the names of those who rescued the director. I would like to thank them. Let’s remember the first responders who had to deal with this that day. I know it’s something they will never forget.”

In addition to the eight children who died in the van, the 17-vehicle pileup claimed the lives of a 29-year-old man and his infant daughter.

“It’s my understanding he was a first responder on his way back home to Tennessee,” Lockhart said. “Let’s remember what his family has gone through.”

Lockhart is especially grateful for the support from an organization known as the Gunners of Auburn.

“They met with us to know what they could do to help,” he said. “There must have been 30 or 40 of them at the meeting. They talked about getting a t-shirt made to list sponsors. They had 20 sponsors committed before the end of the meeting. Most of the sponsors are from Chambers County. Those guys do a great job. They get things done. They have also helped in the Officer Robo benefit that’s being handled by the Chattahoochee Fuller Center Project.”

Wood talked about the upcoming motorcycle ride and family fun day at Reeltown High. It will be taking place on Saturday, July 24. At 9 a.m. CDT, a parade including motorcycles, antique cars, jeeps and other fun vehicles will leave Reeltown High bound for the ranch. Family fun day will be getting under way at 1 p.m. CDT. There will be food, live entertainment, inflatables, rides for the kids and an antique car show. All proceeds will go to the ranch.

The funerals for those who died will be for the families only. They will be taking place in different locations across the state of Alabama. Everyone is invited to the celebration of life event at the Church of the Highlands at 1 p.m. CDT on Thursday, July 15.

“If you can come to this, please do,” Lockhart said. “It will be a good way of showing your respects to those who died and that you care about what the ranch is going through.”

Lockhart said there’s a lot he will never understand about what happened that day.

“They had had a great week at the beach,” he said. “I was at a conference that week in Gulf Shores. T.J. drove down that Thursday, and we treated them to a birthday party at a place called Tacky Jack’s.”

The party was for Gulley’s youngest son who would turn four years of age the following Tuesday. They held the party a few days early to be part of a fun week at the beach. Two days later, the boy, his sister and their two cousins died in the accident.

Anyone who wants to make a donation to the ranch can go to the Go Fund Me page on Facebook or leave a check in the Sheriff’s Office at the county courthouse.