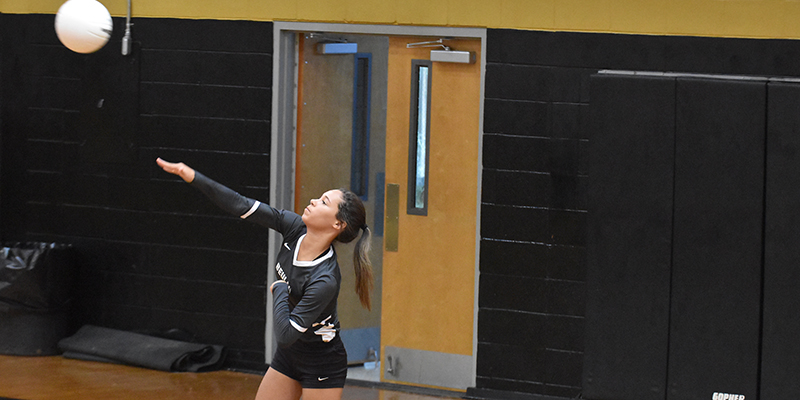 Throughout the 2020-21 school year, the Beulah girls’ athletic programs were making historic strides. In Volleyball, the Bobcats hosted a playoff game for the first time in several years, while the Bobcats won their first-ever area championship in basketball four months later. The Bobcats softball team finished fourth in the state, reaching the final day of the state tournament for the first time in school history.

There are a couple of girls that were part of the entire historic school year, moving from volleyball, basketball to softball, while there are several players that played either basketball or softball as well on the volleyball team.

“It gets us to transition. We had a lot of girls that were on the softball team that did really well, so it gives them the chance to get a break and transition back onto the volleyball court,” head coach Allison Aikens said of the playdates. “I think it’s going to be a huge help when we start back in August.”

Like all of the Lady Bobcat programs, Beulah returns its entire team from a year ago, while adding a couple of junior varsity players as well for extra depth. Beulah finished 8-8 during the regular season and won the 3A Area 7 Championship, sweeping Dadeville in straight sets.

With the area championship win, the Bobcats hosted a sub-regional playoff game, but ran into Cottage Hill, who was the first team out of the Al.com top-10 rankings for 3A. Cottage Hill swept the Bobcats in straight sets in that matchup.

Though the Bobcats fell short, the team gained a lot of experience, and with the entire team returning, Aikens is seeing a difference around the program.

“As a coach, it’s awesome. I think we have a really good shot because we can build on what we have,” Aikens said. “It’s also helped us because it’s generated more interest in the program. The elementary kids are seeing that our program is doing well and say ‘hey, I want to be a part of that.’ Not only do I think it’s going to help us this season and hopefully hosting [a playoff game] again and even make it farther than we did last year, but it’s also setting a legacy for our program and just generating a lot more interest. I’m pleased for the girls because they deserve all the recognition.”

The Bobcats have been putting in a lot of hard work this summer, starting shortly after sunrise most days. The early mornings aren’t a deterrent for the girls, however, as they have the drive to reach a regional playoff match.

“Just a lot of hard work. We started workouts at 6:45 in the morning until 8 [a.m.],” Aikins said. “Ninty percent of them are showing up. The girls are excited about it and they’re buying into it. They’re just excited to be back on the court and they’re ready for volleyball. We can’t wait until Aug. 9 to get our full season this time around.

The Bobcats start their season on Aug. 23 on the road at LaFayette.