Bliss selected in second round of 2021 MLB Draft 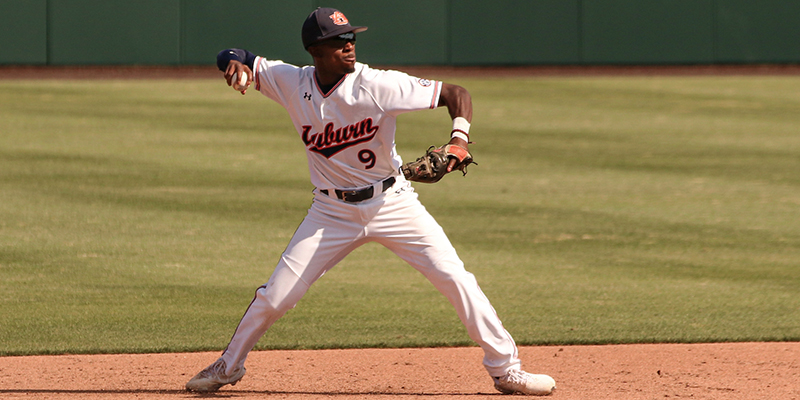 Troup High School graduate and Auburn Tiger Ryan Bliss heard his name selected on the second day of the 2021 MLB Draft, getting selected at No. 42 overall by the Arizona Diamondbacks. Bliss was the sixth pick of the second round.

Coming into the draft, MLB Pipeline ranked Bliss as the 66th best prospect in the 2021 draft.

During his junior season, Bliss hit .365 with a .428 on-base percentage and a 6.54 slugging percentage. His biggest jump was his power numbers as the junior hit 15 home runs (compared to just five his previous two seasons) and 14 doubles, which was also a career-high. He knocked in a career-high 45 RBI.

One of Bliss’ most impressive offensive accomplishments was his strikeout-to-walk ratio during his career, finishing with 1.26 strikeouts to walks in his career. He struck out just 30 times during his junior season.

Bliss has been one of the best defensive players in the SEC for the past three years and is expected to move from shortstop to second base as a professional.