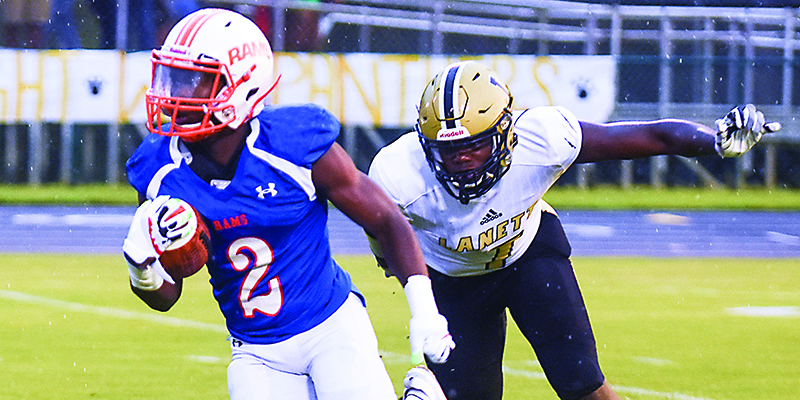 On Sunday, former Valley quarterback and defensive back KD Hutchinson took to Youtube to announce where he will be spending the next four years of his football career, committing to Vanderbilt University.

“This is how it all started, the grind, the work, the dedication, the blood, the sweat and the tears,” Hutchinson said starting his commitment video while bench pressing in his house. “I’ve always battled my thoughts, negative and positive, of not being good enough, not doing enough [and] not working hard enough. Many people come from different backgrounds and different places. I wouldn’t be here without mine. My family wasn’t quite a football family, but more of a basketball family. I had no idea that I would be guided to the football field. My sights weren’t even set on it, but God had a different plan.”

Hutchinson played his first two years of football for Valley, taking over as the team’s starting quarterback midway through the 2019 season. He led the Rams to their first region championship since 2011 and led them to the second round of the playoffs.

Hutchinson is rated as a three-star athlete by Rivals, gaining 19 college offers in his recruiting process. Along with the Vanderbilt offer, Hutchinson had offers from Louisville, Boston College, Cincinnati, Troy and Wake Forrest.

“Since day one, I was counted out,” Hutchinson said. “I was too short, too small, not fast enough, not good enough. Sometimes I wanted to quit, but God had a purpose. He had a plan for me.

Hutchinson transferred to Harris County in 2020 finishing with 41 catches for 570 yards. He added 619 rushing yards, finishing with 13 total touchdowns.