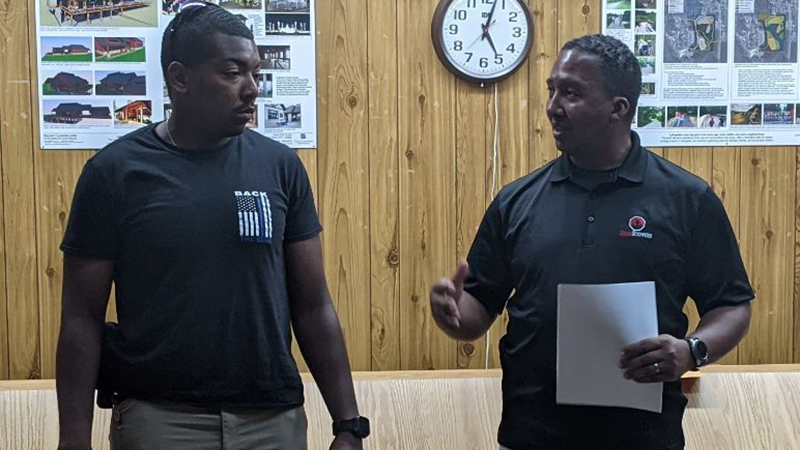 LaFayette Police Officer Devonte Allen has been recognized as one of the Central Alabama CrimeStoppers officers of the year, according to a press release from CrimeStoppers.

“Officer Devonte Allen, on behalf of Central Alabama CrimeStoppers, we are honored to award you with LaFayette Police Department’s 2020 CrimeStopper Officer of the Year Award,” said the press release.

The nomination came from Captain Christopher Trice, according to the release.

“I would like to nominate Officer Devonte Allen for the 2020 Central Alabama CrimeStoppers Officer of the Year. Officer Allen has served as a police officer with the LaFayette Police Department for a total of one year and is currently assigned to the patrol division,” Trice wrote. “Officer Allen is one of our hardest working officers at the department.”

Trice wrote in the nomination that Allen led the department in arrests in 2020, totaling 385.

“Those arrests consist of multiple drug arrests, DUIs, and misdemeanors. Officer Allen is heading to a bright future in law enforcement,” Trice said. “Officer Allen’s performance in carrying out his duties is in keeping with the highest standards and expectations in Law Enforcement in the State of Alabama, The City of LaFayette, and the LaFayette Police Department. “

Central Alabama CrimeStoppers has now recognized all of its officers of the year.

Typically, the recognition is held in January in Montgomery, but the annual luncheon was canceled this year due to COVID-19 restrictions.