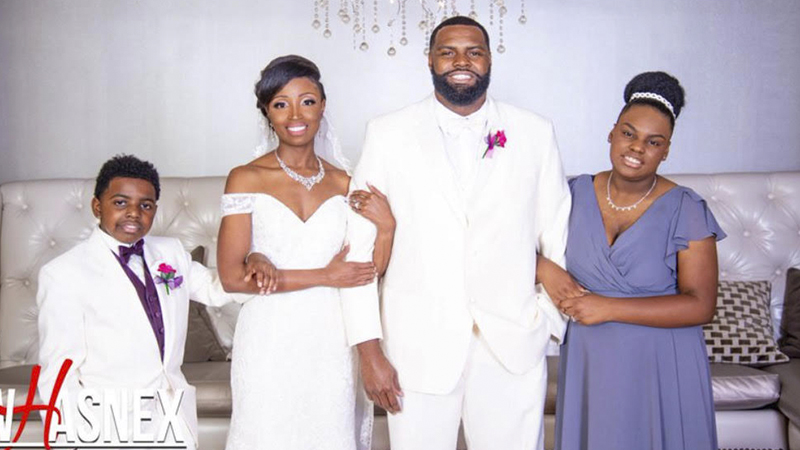 There was a serious hole to fill when head coach Obadiah Threadgill announced that he would be leaving LaFayette to coach Pike Road. Threadgill had been to the playoffs almost every year of his LaFayette career, winning one state championship while reaching the regional round of the playoffs every year since 2016.

On July 7, the Chambers County School board filled the position, announcing Chase Lewis as the newest head coach.

Lewis started his coaching career shortly after graduating from West Alabama in 2008. He started as an assistant coach at Rehoboth High School before taking on the head varsity coach position at 1A John Essex High School. He also coached the girls’ basketball team while at John Essex for a couple of years.

His coaching career really picked up when he left Demopolis and started coaching at Ashford High School, where he has coached since 2014.

“Ashford is my career,” Lewis said. “I think when I took over Ashford, they were just finishing their third or fourth losing season. The expectation wasn’t high. At the end of my first year, we went 3-19 and were the worst program in the school. In my second year, we had a really good summer. At the end of that summer, I remember telling those kids that we were going to win at least 18 games. We won 17.

Lewis coached at Ashford for eight years, finishing with a 126-91 record that included two regional appearances and a regional championship appearance in 4A.

“We just made sure that we had one of the best products in the Wiregrass after that first year,” Lewis said.

The history of the LaFayette program and the athletes that LaFayette produces made the basketball job one of the more desirable jobs in the state.

Lewis, who has already built a successful 4A program, said his goal is to continue to build LaFayette to a championship-level.

Even though it was considered a down year by many, LaFayette still finished the 2020-21 season in the regional round of the playoffs.

“With LaFayette, the goal is don’t reinvent the wheel,” Lewis said.

“I’ve had a chance to speak to coach Threadgill, and I wish him nothing but the best at Pike Road. It’s good to have that feedback from the previous coach, which doesn’t mean I’m going to do anything that he says or I might do everything that he says or I might take a little bit here and there. It’s always good to get that feedback just to get that feel because I am going into an environment where I don’t know anybody. I don’t know anybody, but I know the history of the school before I even went that way. I even had film on those guys before I went to the interview because when that job came open, I was like ‘Wow. That’s attractive right there. Let me look into this.

“I believe that anybody that applies for a job, it has to make sense to you. Their style compliments my style already. The only thing that I want to do now is put my own touch on it. I want to come in and get their attention from the gate. I’m here to build. I may not have as much building as I had at Ashford, but I’m going to continue to build on the program.”

While at Ashford, Lewis started the Wiregrass All-Star Game, which gave seniors one last chance to play basketball or get noticed by a college so they could earn a scholarship.

He hopes to bring that type of All-Star game to LaFayette to help continue to give exposure to the graduating senior class.