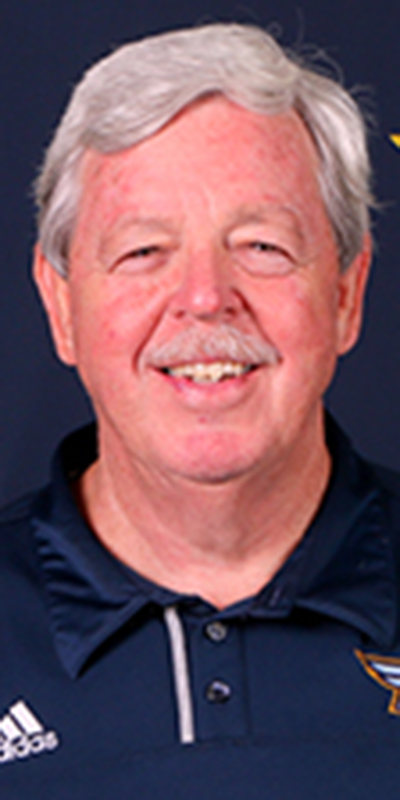 On Monday, Point University Athletic Director Alan Wilson announced his retirement, effective September 2021. Wilson has been a part of the athletic department at Point since 1996 and has spent the last 10 years serving as the Skyhawks’ athletic director.

“It is a bittersweet moment for me to announce my retirement after over 35 years in the field of athletics. I have been extremely fortunate to have the privilege of serving as a coach and the athletic director of Point University for most of that time. I am grateful to have been allowed to work in the field that I love while serving our Lord and Savior Jesus Christ,” Wilson said in a press release. “I have worked with so many wonderful coaches, support staff, and athletes that my time at Point has been the best of my career. They are the heart and soul of the university, and I was privileged to serve alongside them and enjoy the many successes that have come their way.”

Wilson started at Point, when it was still called Atlanta Christian College in 1996 and served as the women’s basketball coach and volleyball coach. After two years of coaching volleyball, he transitioned to coaching baseball in 1998.

Following his tenure as the women’s basketball and baseball coach, Wilson coached the men’s basketball team for six seasons. He directed two NCCAA South Regional champions (2008 and 2011) and took his teams to the NCCAA National Tournament in 2009 and 2012. Wilson produced three NCCAA All-Americans and was named NCCAA South Region Coach of the Year four times. During his time as the men’s basketball coach, Wilson’s team entered the national rankings for the first time in program history in 2012. This was also the first time in Point history that any sport had entered the NAIA National rankings.

In the transition from Atlanta Christian to Point, Wilson was named the first athletic director under the institution’s new identity in 2010. According to the press release, Wilson played an instrumental role in changing the mascot name from the Chargers to the Skyhawks, creating a new logo and establishing the current color scheme.

Under Wilson’s leadership, Point’s athletic programs have won numerous NCCAA regional titles and a national championship since 2010. His vision for the athletic department helped Point join the NAIA and the Appalachian Athletic Conference during the 2011-12 season, which has allowed the athletic programs at Point to continue to accumulate success.

“I’m grateful for Alan Wilson’s many years of faithful service to Point and for the impact he’s had on growing and maturing our athletic program,” Point University President Dean Collins said. “But I’m even more thankful that Alan has impacted so many students’ lives for Christ, preparing them to be servant-leaders on and off the field. He truly exemplifies Point’s goal of educating the whole person.”

In the past year alone under Wilson’s leadership, he had two coaches named Conference Coach of the Year, eight athletes at Point earn All-American recognition and 36 athletes earn AAC All-Conference awards.

Wilson graduated from Shorter University with a bachelor of arts degree in communications in 1976. His coaching career began when he accepted a position as head basketball coach at Colonial Hills High School, which won a Georgia state high school championship in 1996. During his 10-year tenure at Colonial Hills, Wilson also coached the baseball team and served as the school’s athletic director.

“I am also looking forward to the next season of life as I can enjoy some time with my wife and family,” Wilson said. “They have supported me throughout my career and were completely dedicated to helping me be the absolute best I could be. It is time now to give back a small portion of what has been given to me. Thank you to all of you that have shared a part in this wonderful journey. I will forever be a Skyhawk.”