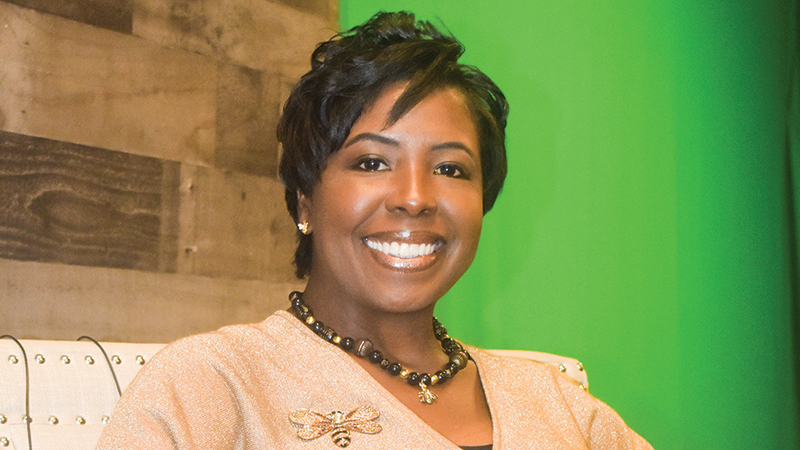 Now, the 49-year-old journalist and founder of Facebook media outlet BeeTV owns the station and is set to add her own touch to it very soon.

Ross bought the 24-hour Spectrum station in May and plans to rebrand it as BeeTV Network. She plans to include local programming and “highlight a lot of local events that are going on” in the surrounding area.

“A lot of people have different stories to tell and with us being in 11 counties, we want to cover each county that we can,” Ross said. “News is going to be a part of it but not the biggest part.”

Ross graduated from Alabama State University in 2001 with a degree in communications. Following college, she worked in radio and as a production assistant at WRBL but could never get on air, she said.

Around 2016, she began doing a lot of coverage for ongoing programs in the Atlanta area, including the Real Housewives and Rickey Smiley.

“At this time, I already [had] my business, Honey Productions, and was going around doing a lot of red carpet events … but I knew that wasn’t going to last, but I didn’t know what I was going to do,” Ross said. “What I really wanted to do was interview people. I told the lady who was working with me that I didn’t want to do it under Honey Productions … and she told me to call it BeeTV.”

Ross said she got her first taste of on-the-ground journalism in January 2017 when she was first to a Troup County deputy shooting scene in West Point. Armed with only her cellphone and Facebook Live, she used her skills to report on the situation before any other news outlet made it to the scene, essentially birthing the start of BeeTV and her ongoing career as a freelance journalist.

“That day when I was out there, and [Troup County Sheriff’s Office Public Information Officer] Stewart Smith asked me who I was with. I immediately said ‘BeeTV’,” Ross said.

Since then Ross has gone to scenes and gone live with updates on situations around the community. Most of her leads are through callers, she said.

“I didn’t even have a scanner … and would always try to give out accurate information, [and] I would never speculate,” Ross said, adding that she helps other outlets when needed.

Ironically, Ross’ father used to do yard work for one of the station’s previous owners, Peter Mallory, while she was in college.

Mallory was later convicted of 64 counts, including sexual exploitation of a child, invasion of privacy, and evidence tampering in 2012.  Ross’ father is now bedridden, and she takes care of him on the weekends.

“I think about my dad when I’m over at his house, and I think about how he labored under [Mallory,] and now the grass-cutting man’s daughter owns that man’s station,” she said.

Ross’ husband and son, a recent journalism graduate from Kennesaw State, will help her run the station, she said, and she’s also looking into hiring a production assistant.

Right now, the station has four ongoing shows featuring local community members such as Wanda Walker and Tripp Watson. Ross is planning “The April Ross Show,” which she hopes to launch sometime in August.

Ultimately the experience is humbling, Ross said, and she credits God for her success.

“I feel like I have this platform to birth other people’s dreams,” Ross said.

“There are so many talented people in Troup County, Chambers County and the surrounding area that just need a shot … and I have the platform to make that happen.”