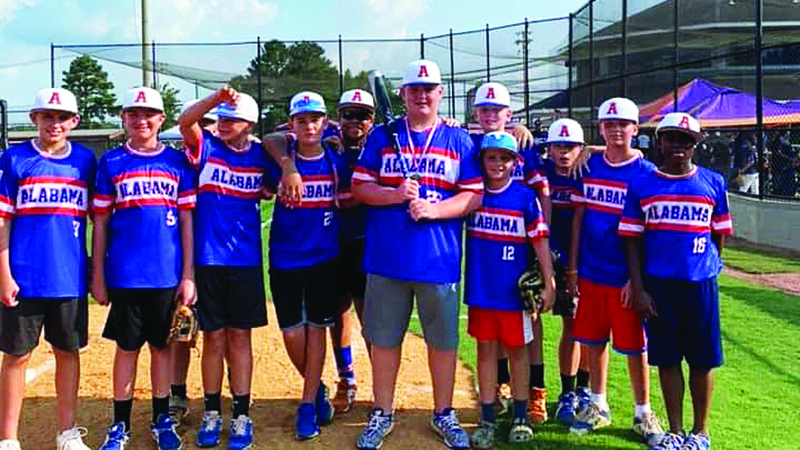 The Valley 11-and-12-year-old Ozone all-star team arrived in Laurel, Mississippi on Wednesday, and by Thursday first baseman Jax Miller had already left a mark in the 2021 Dixie Youth World Series.

Miller, who will be going to W.F. Burns once school starts in August, slugged 16 home runs during the 12U Ozone home run derby.

“It was pretty exciting,” Miller said. “It meant a lot that the team wanted me to participate in that and believed enough in me to do that.”

Miller’s 16 home runs easily won him the championship, as the next closest hitter hit five. Miller also outslugged most of the age groups that participated a home run derby.

The home run derby follows the traditional MLB home run derby, where each contest gets 10 outs (an out is any ball that is not hit for a home run), but hitters were allowed to take a timeout.

Miller’s longest home run streak without recording an out was three home runs, which would have nearly won him the derby by itself.

Miller recently participated in a home run derby, taking part in the Hit, Pitch, Run that was hosted by Springwood on July 17. Miller finished third in that event with four home runs, finishing behind all-star teammates Mason Yarbrough (the winner with six home runs) and Austin Barber (second with five home runs).

“I knew that I should have won that one,” Miller said. “I didn’t have my pitcher at that one.

Miller and the rest of the Valley team started their quest for a second world series win on Friday, playing a team from South Carolina.

“I think we have the talent to win it again,” Miller said. “If we put the ball in play, I think we’ll win.”