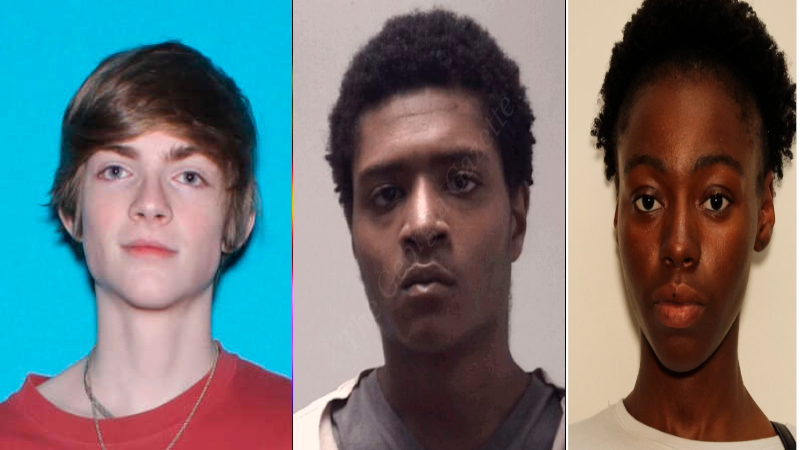 According to a press release, investigators with the Valley Police Department have made several arrests in connection with the July 17 murder of Antavious Lawenton Sharpe.

Warrants have been obtained for Robyn Yvonne Jones, 18, of LaGrange, Georgia, Vincent Ray Tiller, 21, of Grantville, Georgia, and Jacob Christian Moedl, 19, of Notasulga. Jones and Tiller were arrested on July 24 and are currently in custody in Lafayette Parish, Louisiana, pending extradition back to Alabama.

Moedl was arrested in Notasulga on July 26 and is currently in the Chambers County Detention Facility.

The press release said witnesses positively identified Jones as the driver of the vehicle involved in the shooting as well as reporting that there was a white or light-skinned male in the front passenger seat and a black male in the rear seat.

When the warrant on Jones was entered into NCIC, Valley investigators were contacted by detectives in Griffin, Georgia and learned that Jones and her boyfriend (Tiller) had allegedly been involved in a shooting there July 10.

The U.S. Marshal’s Fugitive Recovery Task Force was contacted for assistance in locating Jones and Tiller.

Marshals were able to track them to Louisiana where they, along with members of the Lafayette Parish Sheriff’s Office, were able to arrest them at a residence in Carencro, Louisiana, the press release said.

When interviewed by VPD investigators, both admitted that they had set up a deal with Sharpe to buy marijuana with the intention of robbing him and that the white male named Jacob had shot him.

Based on this information, investigators were able to locate Moedl and question him.

Moedl admitted to being in the vehicle at the time of the shooting but stated that Tiller had pulled the trigger.

This case is still under investigation.