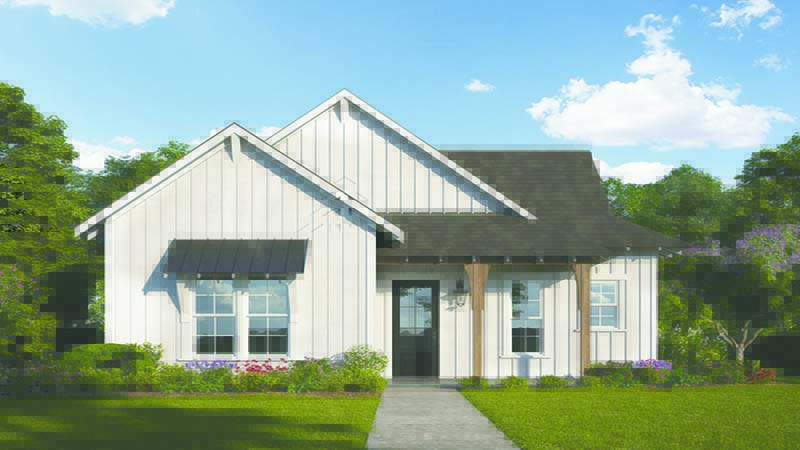 A new subdivision of energy-efficient smart homes is in the making on a 180-acre site on the south side of Combs Road in Valley. Camellia Crossing is being developed by Holland Homes, LLC of Auburn, which is working with Alabama Power to equip the homes with electronic services that can be controlled by smartphones from anywhere in the world.

“It’s a project we’re really, really excited about,” said Robert Melvin, head of sales and marketing for Holland Homes. “We think that the city of Valley is due for this. We think it will be tremendous for the residents there and hopefully to try to get some new residents there in that part of the state.”

Melvin said the subdivision will have 350 single family lots. There will be 20 acres of commercial and multifamily space available.

“So, we’re talking about a coffee shop, a pizza place, a restaurant, an attorney’s office, accounting, a little gym, or what have you — just commercial space,” he said. “That’s what we see going in there. And then the multifamily [areas are] most likely going to be townhomes.”

He said the subdivision would have about six and a half acres of parks.

“And the sidewalks and green space network throughout the whole place,” Melvin said. “So, sidewalks everywhere. We see this as a place where your kid’s going to ride their bicycle or the golf cart down to the pizza place. … Hopefully, it will be a really cool community.”

The subdivision is expected to be ready for residents by the spring of 2022. Melvin said development has started in the area, but construction hasn’t begun for the homes.

“We’re going to have some different-sized lots from five acres — We’ll have a handful of those,” he said, adding that most of the lots will be about 60 feet by 150 feet.

“It’ll change the way some people live, with them changing thermostats, turning off lights from wherever they are in the world, assuming [they have] cellular service,” he said.

He clarified that these services are in Holland Homes’ current plans.

“These will be quality, well-built homes,” he said. “They won’t be the biggest homes, and they might not be the cheapest per foot, but they’re going to be quality homes that people are going to want to live in.”

Melvin said that neighborhoods built by his company have attracted a diverse range of people.

That’s the goal, to build a community there in Valley that people can be proud of living in.”