Crowder talks life as a Scoutmaster 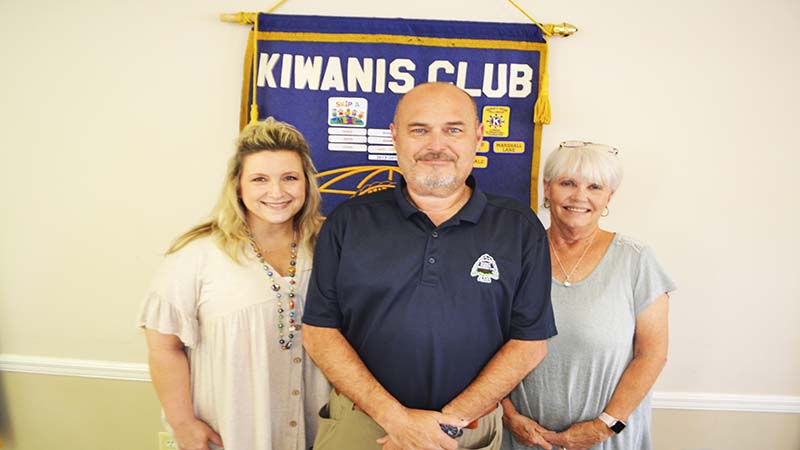 VALLEY — Paul Crowder talked about the ups and downs of being a scoutmaster at Wednesday’s noon hour meeting of the Kiwanis Club of Valley. He’s been a scoutmaster for the past 16 years for Troop 9009, sponsored by the Fairfax First Baptist Church.

The high points include the opportunity to guide young boys into manhood.

“I’ve been lucky enough to have had nine Eagle Scouts,” he said, “and we have some young ones coming along now who have a chance to make it. For their age, they are ahead of the game in meeting all the requirements.”

The requirements include being active in a troop for at least six months as a Life Scout, living the Scout Oath and the Scout Law, earning a total of 21 merit badges including the ones on First Aid, Citizenship in the Community, Citizenship in the Nation, Citizenship in the World, Communication, Cooking, Personal Fitness, Emergency Preparedness or Lifesaving, Environmental Science or Sustainability, Personal Management, Swimming, Hiking or Cycling, Camping and Family Life.

Crowder said that having good organizational skills is a necessity in making the rank of Eagle.

There’s also some rigorous interviews where you discuss with Scout leaders the purpose of your project and how to get it done.

The reward for doing this is that you will be an Eagle for life. Being an Eagle Scout looks good on any resume.

“An Eagle candidate must show leadership,” Crowder said. “An Eagle project is a culmination of all the skills you have learned.”

Every footprint left on the Moon by an American astronaut was put there by someone who had been a Boy Scout earlier in life. A number of them were Eagles.

The downside of Scouting is that not many boys are going into it these days and staying with it. Crowder said that when he got involved in Scouting in the 1980s, there were at least 10 troops in the local area. Local businesses like WestPoint Pepperell were supportive of Scouting and encouraged their employees to be supportive.

There’s only two active troops in the local area today. There’s Troop No. 9009 in Valley and a troop in West Point sponsored by the Methodist Church.

“Local civic clubs aren’t what they once were,” Crowder said. “It’s hard to get people to donate their time and money today.”

Some Scout troops are allowing girls to join. Crowder said that won’t be happening in his troop. “We can have a sister troop, but no girls in our boys troop,” he said.

Some girls are participating in Cub Scout troops.

Crowder said that he’s an outdoors person at heart and likes the camping, hiking and being in the woods part of scouting. There’s much more diversity in what Scouts can do today. Those who aren’t that interested in the outdoor life can focus on such interests as computers, electronics and business skills.

“You may have seen the ads on TV about scouting being sued and in bankruptcy,” Crowder said. “That only involved the national organization. Local troops and our local council are in no way involved with that.”

Crowder said that the Pine Mountain camp may be in for some needed upgrades next year. He said that the Pine Mountain camp had always been a special place to anyone from the Valley area who had come through scouting. Each mill village in the Valley had its own cabin at the camp. There’s another one honoring the late Forrest Word, one of the local area’s most dedicated Scout leaders.

As it did with much of society, Covid took a toll on scouting last year. It was making a comeback this year, but some people are reluctant to get out now because of the Delta variant.

“I tell my active scouts that I will be there Monday night,” Crowder said. “If they come, we will work on something. If not, I will go home.”

People can support local scouting by participating in a barbecue and gun raffle that will be taking place in November.

Crowder likes to look at scouting as a lifetime commitment. “Even it a kid ages out of it, it doesn’t mean they are through with me,” he said. “If they want to stay involved in some way, they can help us.”

Crowder’s two sons have aged ,out but they still remain active in helping the troop. The long-time assistant scoutmaster, Tim McCain, also remains supportive of the troop.

Crowder said it had been an experience in working with McCain’s son, Ruslan, and urging him on his way to being an Eagle.