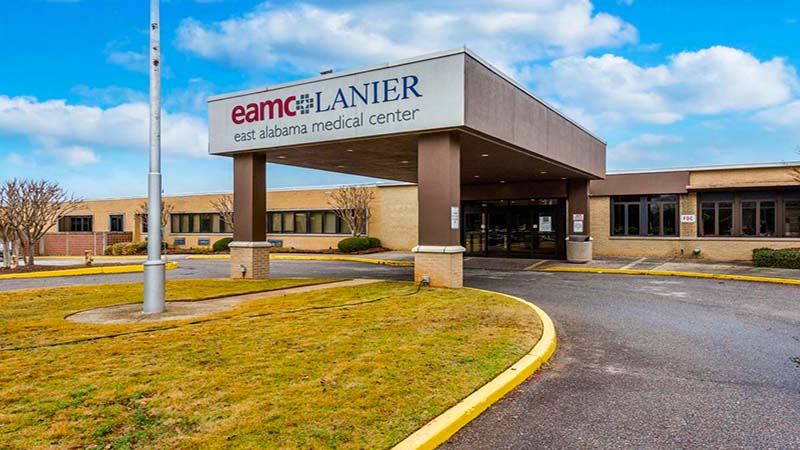 LANETT — EAMC-Lanier Hospital Administrator Greg Nichols gave a report to the Lanett City Council on Monday on how the current Delta variant spike is affecting Chambers County and the state of Alabama.

Positive cases are definitely on the upswing both in the local area and across the state. It’s following the familiar pattern of increased cases, increased hospitalizations and more people being in intensive care. The good news is that not as many people are dying as they were early on with Covid-19 in the spring of 2020. The bad news is that there’s only two ICU beds available right now in the entire state. The rest of them are filled, mainly with Covid variant cases, and the vast majority to those who are sick have not been vaccinated.

Nichols urged the public to get vaccinated if they have not been and to wear masks in public places.

“I love my job, but we have had our challenges over the last year-and-a-half,” Nichols said. “Chambers County, especially Lanett, was at the forefront of this early on. We have been through peaks and valleys since then, and we are headed to another peak right now.”

Nichols gave Mayor Kyle McCoy and council members copies of a chart showing those peaks and valleys since the start of Covid in March 2020. EAMC in Opelika and EAMC-Lanier in Valley hit an initial peak on April 11, 2020. There were 54 positive cases at that time and 22 patients on ventilators on April 3-5. Cases dropped in late spring but started going up again in mid summer. A second peak was hit on July 22 with 62 positive cases at the two hospitals. There was another decline before what would become the sharpest peak. There were 92 positive cases on Jan. 13, 2021. Cases then went through a very sharp drop, bottoming out in May. At that time, there was only a handful of cases at EAMC and EAMC-Lanier, creating the false sense of hope that Covid was behind us. In May and early June, there were very few daily cases in Chambers County and around 190 in the entire state. The cases have exploded since then. There has been a twenty-fold increase in Covid cases in Alabama, the vast majority of them being of the highly contagious Delta variant with the vast majority of those getting sick being unvaccinated.

The emergency rooms at both hospitals are being swamped with people with Covid-like symptoms. EAMC is getting an average of 140 such visits per day and EAMC-Lanier 60 such visits.

“Our beds are filling up with Covid patients, and it’s very troubling to us,” Nichols said. “We have very few available beds. Statewide, there’s only two ICU beds available right now.”

Through experience, healthcare professionals have learned better treatments for Covid. People are still getting sick, but the death rate has fallen. Also, fewer patients are going on ventilators.

The healthcare community has gone through a long and difficult struggle with Covid. Many hospital employees are tired and worn down but somehow find the energy and inspiration to go on. It’s also been tough for EMS crews.

“They are having to find hospitals they can take people to,” Nichols said. “Our staff is tired. There have been periods when we all were hoping to be through with it, and now it’s coming back.”

Nichols said he was proud of the fight EAMC and EAMC-Lanier staff members had put up for the past year-and-a-half. In the spring of 2020, EAMC-Lanier had one of the first drive-through testing sites in the state. Over $2.7 million was spent on the testing supplies alone, but over 60,000 people were tested. That testing clearly made a dent in the spread of Covid.

“We have given out over 90,000 vaccines at the clinics we have had,” Nichols said. “We are pleased to have done that, and we don’t charge for vaccines. It is so important to keep the schools open. We need to do what it takes to do that. I think we have had good relationships with our cities and our schools. We continue to learn from them and offer advice.”

There’s an infusion center at EAMC in Opelika. Those who receive the monochromial infusions that are given there have a much better chance of staying out of the hospital. Nichols said he is a big believer in the vaccines that are now available. “I would like for you to continue to promote it and to encourage anyone who has not been vaccinated to get vaccinated.”

It’s estimated that approximately 90 percent of those Alabamians who have been hospitalized because of the Delta variant haven’t been vaccinated.

Nichols is also a believer in wearing a mask. He wore one to Monday’s council meeting. Most everyone else inside the council chamber were wearing masks as well.

“I think that wearing masks this past year because of Covid helped us with the flu as well,” he said. “We had a relatively mild year with our flu cases. I think that mask-wearing and people washing their hands a lot were factors in that.”

Nichols encourages the public to be supportive of healthcare workers.

“They have been going through a long and very difficult struggle,” he said. “Let them know you appreciate them for their good work.”

Council Member Charles Looser asked Nichols if EAMC-Lanier had been delaying elective surgeries because of the increase in Covid cases. Nichols said it was being done on a case-by-case basis depending on immediate need. McCoy thanked Nichols for coming to talk to the council about the current Covid spike and on having always been accessible and open with information.

The mayor said he wanted the council to take action in its first meeting in September to offer an incentive for any city employee who has yet to be vaccinated to get vaccinated. “The money we got from the American Rescue Plan lets us do that,” he said.