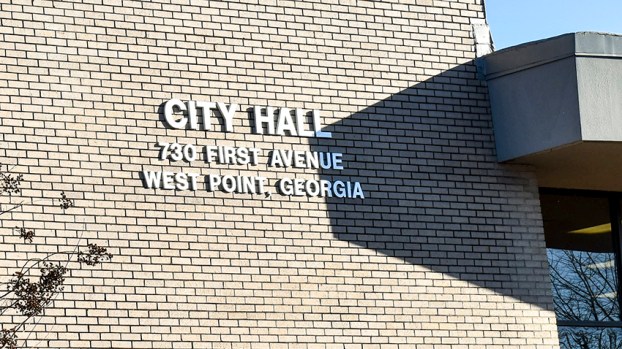 The West Point City Council discussed a Memorandum of Understanding(MOU) between the city and Glovis Georgia, LLC at its meeting on Tuesday.

“Under the pilot agreement, the project qualifies for a seven-year abatement,” McKenna told the council.

Mayor Steve Tramell said he’s excited about the work underway in West Point and the promise for future jobs for the local area.

“Anything that can be done to bring employment opportunities for our region is a good thing for all of us,” he said.

Some area residents have voiced concerns about the construction. One resident, Trish Schram, addressed the council during a June 29 work session about her concerns with the facility, including the fear that her way of life will be impacted once the factory is up and running.

“I’ve seen a plan, the blueprint for what they’re putting in there, and it is a factory, and it is industrial, and my way of life, my property value, everything that I have worked for, where I raised my kids, is being thrown in the garbage. It’s trash,” Schram said. “No one will buy a house across the street from a factory, and I only have two acres so it’s not commercially appealing.”

Schram contends that the area became mixed-use without any notice to the community.

“If there is anything, I don’t think there is, because it’s been so long since you’ve allowed it to be mixed-use, unbeknownst to the community,” Schram said.

Councilwoman DeeDee Williams asked City Manager Ed Moon if anyone from the city has reached out to residents that expressed concern about the zoning to follow up, to which Moon said he had not.

“I have not talked to any of the residents out there specifically about the zoning,” Moon said. “Recently, I think early on, I had some conversations with them, and we assured them that we provided the council with all the documentation that it was properly zoned, approving the current designating zoning that allows for the use that is going in on that property. So, I don’t know of any issues with the zoning of that property at this point.”

During the council’s April 13, 2009 meeting, then Mayor Drew Ferguson asked for a motion to rezone Map# 077 Parcel #21A Land Lots #123,163 and 164 from Agriculture/Residential) to MXD•l(Mixed·Use District) located on Webb Bartley and Old Gabbettville Road. The motion was passed unanimously.

Williams then asked Moon if the residents could negotiate some type of buffer that might shield residential property from the new facility.

“We have the development standards that are in place, and it does require a landscape buffer around the property,” Moon said.

Moon also told Williams and the council that he thought the site plans were near completion along with the architectural drawings. Once they are complete, the city will make them available to the public to review by contacting the Community Development Department.

Councilman Gerald Ledbetter also said he has talked to several residents in the area who are also concerned with buffers.

“I’ve had conversations with residents out there on numerous occasions, as of late,” Ledbetter said. “I will say that they are concerned about buffers and concerned about noise, concerned about the increased traffic and things of that nature, so letting them know that we are aware of their concern, I think is very important. And I think that is certainly the council’s job, and I think we have attempted to do that, to some degree.”

McKenna added that the last set of plans he saw shows the building sitting back 120 feet off the road and indicates some landscaping in front of the building, across from the homes.

The council will discuss the MOU again during its work session scheduled for Thursday, Sept. 9 and vote during the Monday, Sept. 13 business meeting. Both meetings will be at 5:30 p.m. and as of now, will be held virtually.