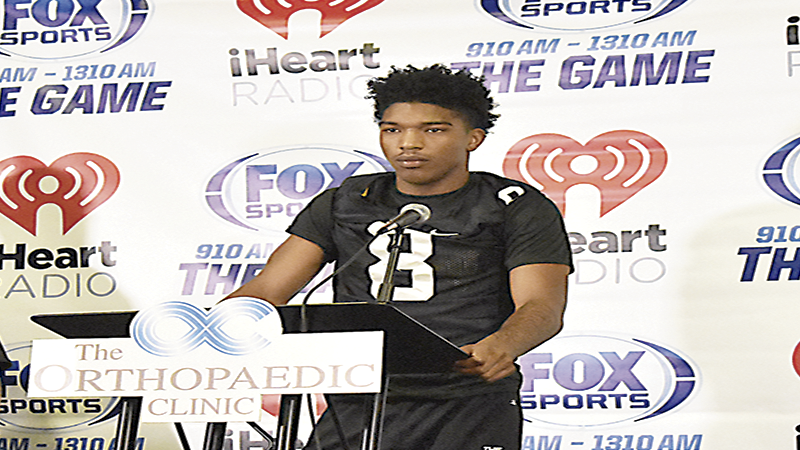 When LaFayette head coach Juan Williams came to LaFayette, he talked about wanting to change the culture of the program. LaFayette had always been a team full of athletes that was able to shine later in their careers, specifically as seniors once other athletes graduated.

While on paper that worked, and led to some successful teams, LaFayette was usually starting from scratch at the end of every season, as the younger players usually didn’t get the same amount of reps and time on the field.

Now, that is changing.

“We’re all about the team, no one is bigger than the brand,” Williams said. “We really are emphasizing that now, allowing those guys to grow as people. As a player, you can go up and down, but as a person, you need to stay the same, and we’re just trying to get the kids to stay the same every day. We want them to come out here and compete and just get better. I feel our team is a lot better. Our line is stronger, we’re moving better, we’re protecting.”

Leadership has been a quality that Williams has been trying to develop in his team the little more than a year and a  half he has been at the school, and the players are starting to buy into the philosophy, especially seniors Vinay Singh and Antavious Woody, both of which will play huge roles for the Bulldogs in 2021.

“It feels pretty good stepping into that role,” Woody said. “I have a few guys, I have Vinay Singh helping me out [senior] Chandler Winston and a couple of other seniors that are helping me do my thing, so we’re just coming together as one.”

Woody, who is committed to play football at Flordia State, is moving around the entire offensive line instead of just playing tackle like he has done most of his career and could line up at any spot on the line. He will also be playing linebacker in some packages for the Bulldogs.

“I enjoy the transition because it’s taught me a lot about slowing my game down and reading the openings more,” Singh said. “It also taught me to teach the young kids the position I moved out of how to run that position and how to be a standup guy at that position. Moving to middle linebacker, I’m really excited about it.”

LaFayette’s leaders will get a chance to showcase their new roles and positions on Aug. 27 when the Bulldogs host Central Coosa.