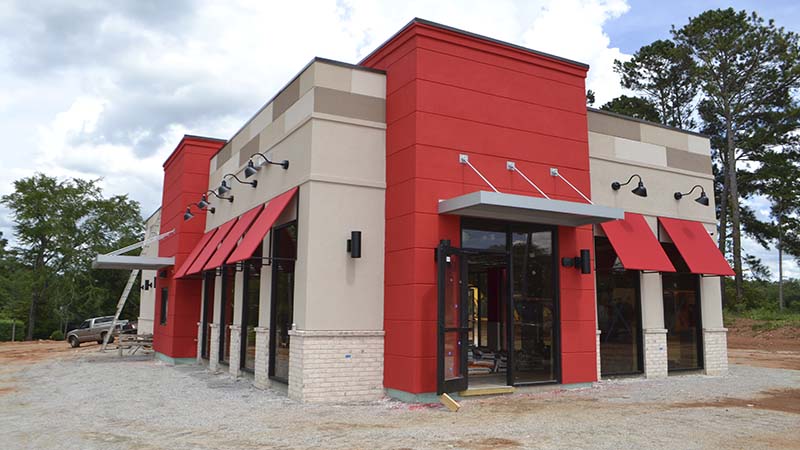 LANETT — The new Guthrie’s restaurant in Lanett is nearing completion and could be open for business in early September. Chris Busby of the Chambers County Development Authority (CCDA) staff updated the Lanett City Council on this at Monday’s meeting. He said that rainy weather between now and then could slow down the pace of work, but things look good for an opening within the next few weeks.

The new franchise is owned by Chris Clark and Brian Pefter. It’s expected to employ between 25 and 30 people.

It was founded by Jasper, Alabama native and Auburn University graduate Hal Guthrie. Its first chicken-fingers-only restaurant was established in Auburn in 1982, and the business is headquartered there today. Guthrie’s is widely considered to have pioneered the chicken-fingers-only business model.

A key to Guthrie’s success is its dipping sauce.

Busby told Mayor Kyle McCoy and members of the city council that private plane owners are eager to discuss acquiring hangar space at the Lanett airport.

The mayor said he had just received the airport’s master plan from Goodwyn, Mills and Cawood and would be discussing airport-related issues with council members at an upcoming work session.

McCoy is hoping that the greatly enlarged airport will be classified as a regional airport by the Federal Aviation Administration (FAA).