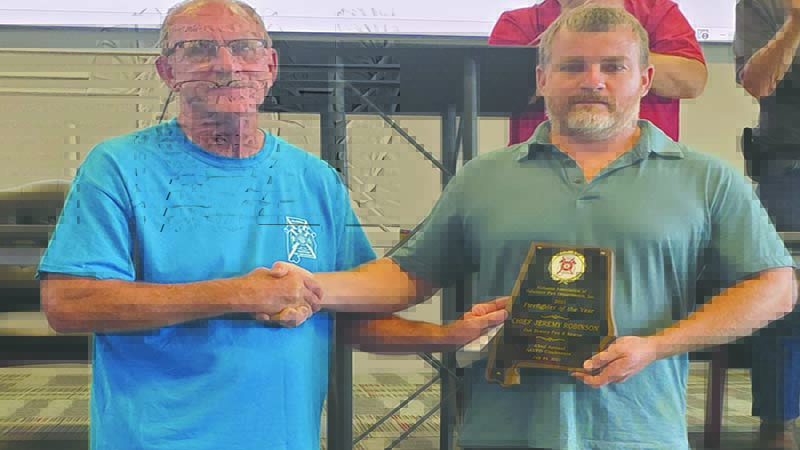 “They kind of surprised me,” Robinson said. “I didn’t know anything about it.”

According to AAVFD Auxiliary, Robinson is described as a “dedicated, enthusiastic, and inspiring leader” and is typically “the first person to respond to a fire, an accident, or other emergency event in the Oak Bowery area.”

AAVFD Auxiliary said that in 2020, Robinson was repairing equipment on a logging job in Clay County when he witnessed an accident.

“A log penetrated the cab of a loader being operated severing a portion of the driver’s arm while trapping him inside,” they said. “Robinson recognized the urgency of the situation and took immediate action. He removed his belt and used it as a tourniquet to stop the loss of blood from the hemorrhage, called 911, requested a helicopter air lift and used the GPS coordinates on his cell phone to direct the ambulance to the logging site.”

AAVFD Auxiliary said that after the ambulance crew stabilized the victim and brought him to a landing zone, a helicopter with medical personnel took the victim to a hospital.

“I wouldn’t have put in for [the award] because I didn’t do it for the recognition,” Robinson said. “I did it to save a man’s life. Whether I got something for it or not didn’t matter.”

Robinson lives between Waverly and Auburn with his wife, Ashley Robinson, and three children.