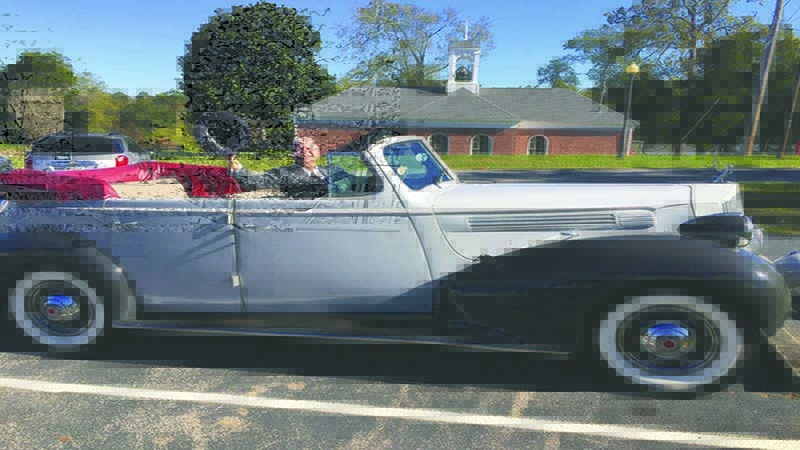 Twenty-eight films will be presented during the festival, including narrative shorts, documentaries, student films, and features. Many of the films were made by artists in Alabama and Southern Georgia, and one of them, “A President in Our Midst: Franklin Delano Roosevelt in Georgia,” has many LaGrange and Troup County connections, according to a press release by author and screenwriter Kaye Minchew.

“A President in our Midst” will be featured on Saturday, Aug. 28 at 7 p.m. The one-hour documentary describes President Franklin Delano Roosevelt’s special relationship with Georgia and the mutual benefits of that friendship between him and its inhabitants.

“With the assurance of a broadcast platform, efforts began to secure the financing and technical resources necessary to complete the film,” the press release said. “A year later, Georgia Humanities agreed to be the official sponsor of the documentary and Georgia State University TV agreed to provide the technical expertise necessary to create the film.”

The film uses drone photography, location shooting, archival photos, and historical film clips to give viewers a contemporary image of life during the period from 1921 to 1945. It was financed by privately raised public donations. Over 70 Georgians helped create the film. Among its performers are Carol Howington Cain (a LaGrange actress) in several roles, James Fowler as FDR, and Bill Murray as the narrator. An antique Packard convertible owned by Judy and Taylor Merrill of LaGrange is featured in the film.

“I’m so excited, both to have the film being shown here and to be part of the film festival,” Minchew said. “We certainly hope that people [will] enjoy the film, and it will be interesting to see what they learn new and what they think about it.”

Minchew said that while a lot of people know about FDR’s involvement in Georgia, the film contains many details that many people aren’t aware of. She is interested to see how people will react to different parts of the film.

“West Georgia was so important to FDR’s life and his time in Georgia, so we’re excited to have this film about FDR in Georgia be playing here in LaGrange and Troup County,” she said.

Guests of the film festival will be able to meet directors, actors, and producers of the films.

“Panel discussions with more than a dozen artists will provide exciting and informative insights into issues in contemporary filmmaking, as well as providing opportunities for filmmakers to interact with audience members,” says the Southern Film Festival press release.

There will be prominent featured guests at the festival. One will be Oscar-nominated producer Enrique “Rico” Diaz, who is known for his films “Dekalb Elementary,” “Perfect People,” and “Jeremy.” Kelley Lockman, an actor, director, and screenwriter who was born and raised in Georgia, has appeared in various TV shows and films, including Tyler Perry’s “A Fall from Grace.” Mike Hayhurst, an award-winning director and producer for film and theater, spent four years as an Associate at Ostar Enterprises (Rizzoli & Isles, TNT; Beauty and the Beast, CW; Nothing to Hide, directed by Neil Patrick Harris at Signature Theater; various Broadway projects).

Also premiering at the festival will be “Brotherly Vows,” the second film made by LaGrange native Zeke Weldon and Theo M. Moore’s “Afrikan by Way of American: The Legacy and Future of Africatown in Alabama.”

“Our vision is to encourage filmmakers, both professional and novice, along the film-making process and catapult them into their full potential,” said the film festival’s founder, Eric Wright.

After working with Lafayette Theatre Academy director, Amy McDow, at Wright’s Lanett City Film Festival, Wright and McDow collaborated to increase educational opportunities for potential film artists. In addition to serving as hosts for the film festival, academy students will show their first student film there.

“Wright turned the studios and halls of LSPA into a film set and directed students on camera, also allowing them to assist with the technical side of filming,” says the Southern Film Festival press release.

“‘Exit’ was written by filmmaker Josh Tippey specifically for LTA and is a mockumentary that looks behind the scenes of a student-led theatrical production.”

McDow said she and Wright had worked together on the Lanett City Film Festival since its first year and that it ran for four. After the city of Lanett opted not to continue the festival in 2021, McDow and Wright set their sights on LaGrange. According to Lanett City Hall administrative secretary Sharon Brooks, a major reason the city decided not to continue the festival was COVID-19.

“We still had all of the connections with the filmmakers and artists that had been coming into this area, and we wanted to be able to continue this amazing opportunity for independent filmmakers,” McDow said. “And so, I worked at New Horizon, which was the main venue for the Lanett City Film Festival, and then, I also worked at LSPA. And my students in the academy had been hosting the film festival in Lanett for four years. So, we already had that connection, and it just felt organic. It just seemed like the most logical next step would be to expand the area of interest for the festival by broadening it out of a city and making it a region.”

McDow said she and others found LSPA to be an ideal place to host a film festival because it’s conveniently located in downtown LaGrange, where there are plenty of stores, restaurants and history.

Films entered into the festival can win multiple awards, which will be presented at 9 p.m. on Saturday. The “People’s Choice” award is voted on by the audience. Award categories include Best Feature Film, Best Short Film, Best Full-length Documentary, Best Documentary Short, Best Actor and Best Actress.

Those attending the festival Friday evening will have to access the LSPA Building from Lewis Street or Broome Street, as The LaGrange Cycling Classic will be using Bull Street for their event.

“Tickets are available by day or as a VIP full-weekend pass. Tickets for Friday viewings are $10 for adults and $8 for students, tickets for Saturday are $20 for adults and $15 for students. A full festival VIP ticket can be purchased for $35 for adults and $25 for students, which includes reserved seating in the LTC Black Box Theatre for the entire event and a welcome package. For more information, to purchase tickets, or to view trailers from the films, visit www.southernfilmfestival.com.

Anyone interested in the festival can view trailers of the films on the festival website, making it easier to determine which films to watch.