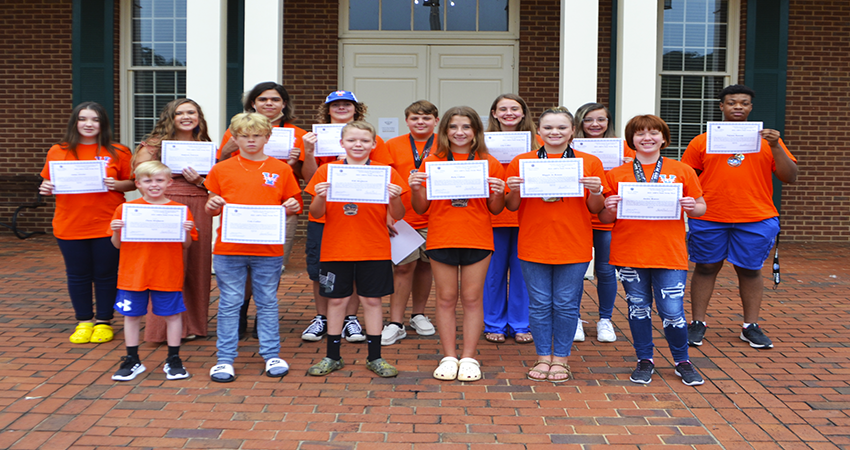 VALLEY — Members of the Valley Area Swim Team were honored by the Valley City Council Monday evening after having completed a very successful year. Twenty-six of the 31 youngsters who competed in the district swim meet in Opelika advanced to the state finals in Albertville.

“We had several district champions and multiple swimmers finishing in the top three,” said Coach Bobby Poer. “Those who finished in the top eight advanced to the state meet. Most of our kids had their personal best times at the state meet. We had three swimmers to finish in the top five and four to make the top 10.”

Poer said he was well pleased with the way members of the team performed this year.

“We had a great season,” he said. “We will start fall practice this week. This is a great group of kids to work with. Their parents are very supportive of them, and we appreciate that.”

Each member of the team that advanced to the state meet received a certificate of commendation from the city council. Mayor Leonard Riley congratulated them on their accomplishments and commended their parents for the strong support they have offered them while they advanced in the competition.