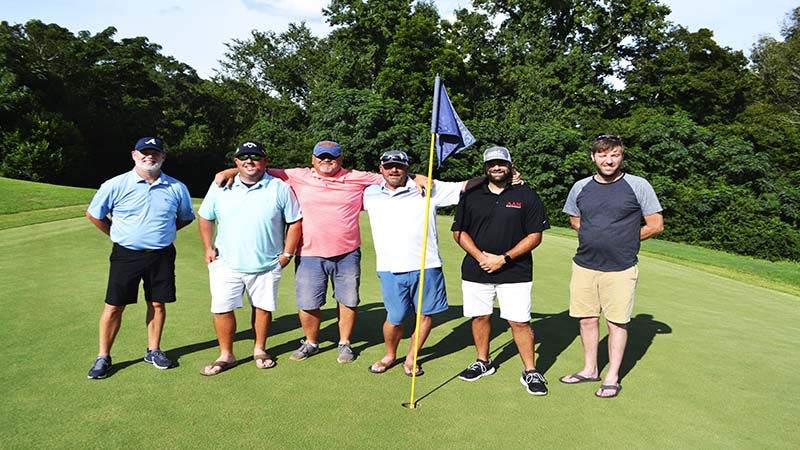 LANETT — Some abundant fair weather helped make Saturday’s Walt Meadors Invitational Golf Tournament a success. A total of 20 four-member teams took part in the fundraising event at the Point University Golf Club. It was an exceedingly warm day, but with no rain in sight, lots of action took place on the fairways.

“Oh my goodness was it hot!” said Valley Haven Executive Director Craig Brown. “But we were able to get the tournament in and were able to raise over $4,100. We appreciate all the support we received.”

There’s a $10,000 prize for any tournament golfer who makes a hole in one on the No. 11 hole. The tournament is in its 40th year and thus far no one has been that lucky.

A total of 13 teams took advantage of the cooler morning weather to participate in the 8 a.m. flight. Seven teams started play in the second flight at 1 p.m.